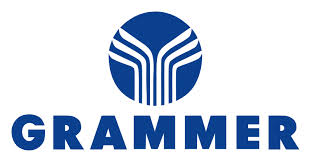 German vehicle components supplier Grammer has announced plans to expand its production base in Serbia, through the launch of its second plant in the south east of the country.

The plans include the construction of a production hall, expansion of the existing parts warehouse, and procurement of new equipment for the plant, which will produce a range of automotive parts, including armrests, side linings and door pads.

Grammer, which is based in Amberg, already produces seat headrests for carmakers including Audi, BMW and Fiat. The supplier employed 740 workers at its original Serbian plant and has added an initial 120 to this number for the new facility. By mid-2015, a further 500 jobs are expected to be created.

Grammer’s parts business reported strong earnings and revenue growth during the first nine months of last year, with sales up 12%.

Part of this increase was attributed to higher sales from development projects, and the acquisition of headrest specialist Nectec Automotive in the Czech Republic. The company’s most recent expansion reflects its desire to move operations further to North America, with recent announcements confirming the planned establishment of a plant in the US. Grammer currently has two plants in operation in Mexico.

This week Grammer also revealed it was building a facility in an industrial park in Tupelo, Mississippi. This could serve as the site for the group’s North American expansion. Although details of which parts specifically will be produced at the plant have not been released.

Grammer will be investing $30m over five years, with plans to open the first phase by the end of 2014. Initially it will occupy a 7,500-square -metre site with plans to expand by 3,700 square metres in a second phase. Aside from some tax breaks, the state and local government would invest $22.5m in supporting the plant.

In addition, The Mississippi Development Authority will spend $10.8m to expand the plant and to ship equipment to the site. Training workers and building the second phase will also be key priorities. Grammer will lease the building from the county.