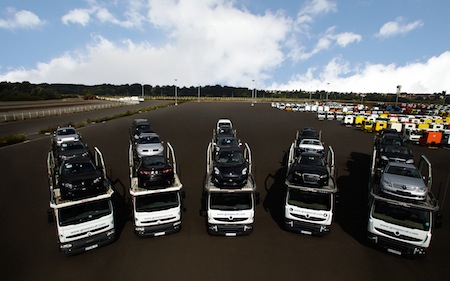 Floret began his career at SNCF and set up SNCF Fret Deutschland in Frankfurt in 1999, before moving on to various positions within the group, including that of managing director and chairman of STVA in 2014. He retains that role along with his new responsibilities in the group's vehicle logistics division, which has an annual turnover of around €1.35 billion ($1.67 billion) and 6,500 employees.

Floret will be joined on Groupe Cat’s executive committee by Antoine Ritz, who leaves his position as STVA’s deputy managing director to become the director of the group’s cargo logistics division, which includes motorcycles.

Ritz’s career includes a four-year spell as internal auditor and financial controller at Groupe Cat. He subsequently joined STVA in 2014, initially as director in charge of financial, legal and real estate matters.

The appointments stem from the group’s expansion in recent years and “reflect the successful integration of new companies into Groupe Cat,” a spokesman said.