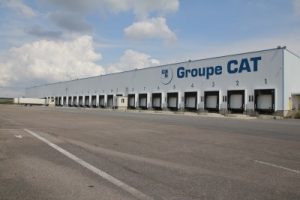 Transport and logistics provider Groupe CAT is now managing the spare parts distribution for Toyota in the south of France, meaning it now moves 100% of the carmaker’s spare parts throughout the country. It began distributing parts to the north of the country in January 2012.

The latest multi-million-euro contract started at the beginning of August. The company’s Cargo Logistics division will handle an annual volume of 350,000 packages as part of the latest deal. This is in addition to the 320,000 packages distributed in northern France.

CAT will take charge of material at the logistics warehouse at Pouzin in the Ardèche, organising lines to the southern centres at Bordeaux, Cavaillon, Clermont Ferrand, Dijon, Lyon, Toulouse and Tours. The packages will then be routed to the 153 Toyota and Lexus dealerships, and delivered on an overnight basis.

Since 2013 Groupe CAT has also been handling inbound parts shipments from Toyota’s suppliers across France.

The Cargo Logistics division has also announced it will begin distributing parts for an as-yet unnamed carmaker in October this year in a contract worth €40m ($53.5m).

As part of that contract CAT will provide cross-dock operations for the carmaker, including collection, dock transfer and customs administration for the entire north European region, which includes 14 departments in northern France, as well as Belgium and the UK.

Operations will be run from a newly opened €1m logistics hub in Montsoult, which is located along the main Paris orbital road route.

“This very important contract for LC France is the culmination of long preparatory work,” said Gaxan Castanos, cargo logistics division director at Groupe CAT. “It is a major step in the French subsidiary’s business development, as automotive parts are an economically important market.

“It is a positive sign rewarding all the restructuring work done by all LC France teams,” he added.

Earlier this year the company announced an investment of more than €12m ($16.5m) in 100 car transporters for deployment in Europe by the end of this year.