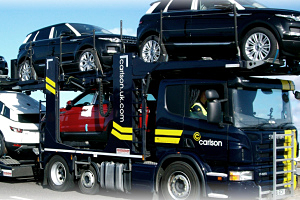 Groupe CAT has announced the latest acquisition in its consolidation spree, buying the 50% in UK firm Carlson Vehicle Transfer (CVT) that it did not already own for an undisclosed sum.

The stake was acquired from founder Carl Richardson, who will still provide support to the company, according to a CAT statement. CAT acquired its original interest in 2011.

The latest purchase follows several other Groupe CAT acquisitions in the past few years. They include that of Spanish firm, Sintax Logistica, as well as those of Toquero in Spain, TRIAL in France, and Fleetpoint in the Netherlands, and buying WWL out of the previously jointly owned Vehicle Services Europe in Germany.

Following the deal, the group now has two wholly-owned subsidiaries in the UK – CVT and CAT UK.