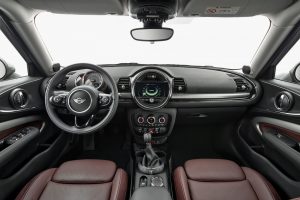 Spanish parts maker, Grupo Antolin, has completed its buyout of the majority of the interior operations of global supplier Magna, which was first announced in April this year.

Antolin has bought Magna Interiors for $525m and said the purchase would double the size of its business and strengthen its position in the UK, US, Mexico, Eastern Europe, with annual sales of €4 billion. The completed sale transaction does not include two joint ventures in China, which are expected to close before the end of the year, pending regulatory approvals.

Magna’s interiors business becomes part of Grupo Antolin’s structure as a new business unit named Cockpits and Interior Trim. It will be based in Allershausen near Munich, which will become one of the main centres for the company coordinating all of its activity.

Grupo Antolin has reported sales for the second quarter of 2015 of €707.5m, 25% up on the same period last year. It said that during the quarter it obtained the resources necessary to finance the purchase of Magna’s interiors division. In June it successfully completed the issue of senior secured notes with a 7 year maturity for the sum of €400m

The company also recently promoted Jesús Pascual as its new CEO, replacing José Manuel Temiño. Pascual moves from his role as director of operations where he had direct responsibility for all the group's industrial activity.