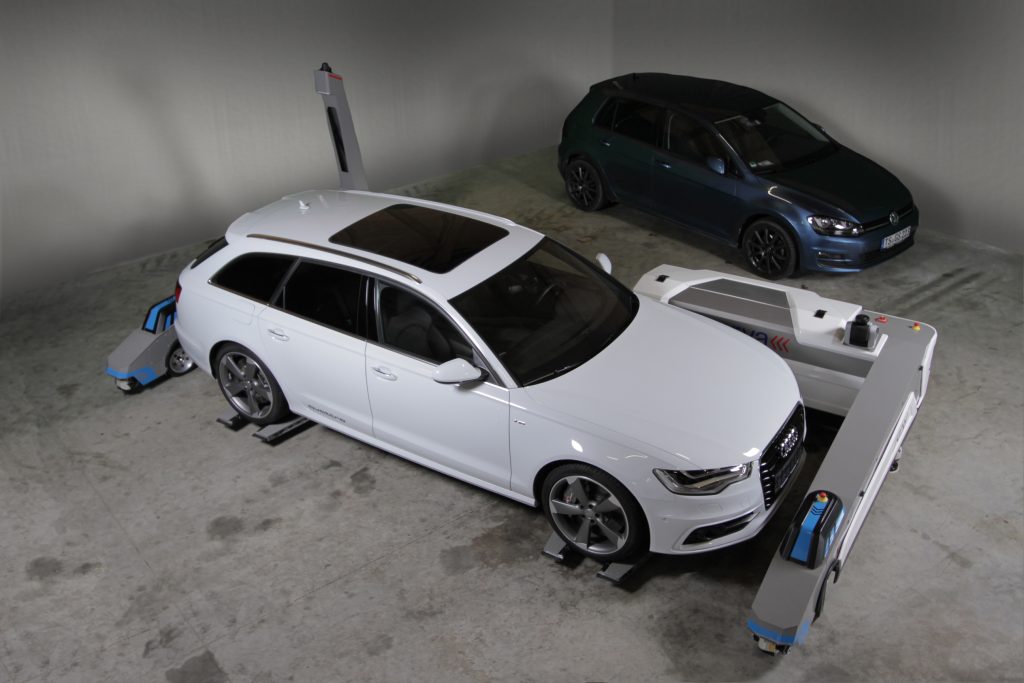 While it may lag behind other in-plant activities in its use of robotics, the quest to automate finished vehicle movement within factories and yards is well underway

Companies including General Motors, Audi, BMW, Daimler, Volvo and Tesla – not to mention Google – have all promised that the autonomous car or truck will be here in some form by the end of the decade. Pilot projects and demonstrations are already underway, and cars are developing more autonomous features such as automatic braking and parking.

Behind the scenes, robots and AGVs (automated guided vehicles) are increasingly found in production plants and warehouses, and developments are now starting to be seen in other areas of logistics, including finished vehicle handling. Audi recently piloted a driverless transport logistics system at its Ingolstadt plant in Germany – heralding it as a step towards the intelligent factory of the future.

As part of the project, Audi has introduced two ‘Ray’ robots produced by Bavaria-based logistics automation outfit Serva Transport Systems. Ray robots independently transport cars from the assembly hall to an interim storage area, before placing the models into the correct position according to their shipping destinations – assisting the job of logistics employees responsible for loading the vehicles onto waiting railway wagons at the plant’s ‘process house’, or vehicle preparation warehouse.

“A crucial factor for this project was to make our routines in the process house, where we manage car delivery, even more ergonomic and efficient,” says Claudius Illgen, head of vehicle delivery and transport at the Ingolstadt plant.

“We have installed two handover stations for the process. This is where the employees in the process house park the cars,” he continues. “With the use of control software, they allocate a place to each car, to which Ray then transports them automatically. As soon as a sufficient number of cars are ready on the sorting level for a certain destination, they are automatically commissioned in relation to each order. That is, Ray puts them into position to be loaded.”

As Rupert Koch, founder of Serva Transport Systems explains, the company’s robots are AGVs that use optical systems to enable them to operate like fully automated forklifts. Each Ray unit consists of a six-metre long, three-metre wide frame equipped with laser-based navigational guidance technology, boasting a locational accuracy of 5mm. The units also contain integrated laser sensors, which are used to scan cars at a defined transfer point to determine their exact position and dimension. The AGV then adjusts its lifting mechanism depending on the vehicle’s size and carefully lifts it using forks under the wheels. Each car is lifted to a height of around 10cm before being transferred to a predefined location using control software, and stacked using a yard management system that ensures it is stored in the most efficient way considering space and processing times.

“In this way, automobiles up to 5.3 metres long can be quickly moved and temporarily stored in a space-saving manner,” says Koch.

“No track guidance is necessary,” adds Audi’s Illgen. “Ray is controlled via a cloud [server], so there is a permanent data connection between the robot and the server. This means that positioning, route optimisation and the sorting of cars into order batches are always ensured.”

While Serva has projects involving vehicle parking in airports, thus far, Audi is a rare example of using autonomous technology for vehicle logistics processes. While that may change with the progression of autonomous and semi-autonomous vehicles, other parts of the logistics chain have so far moved deeper into automation, including product processing and packaging, line feeding and AGVs. However, relative to other applications in the plant, from welding to paintshop, the use of robotics in material handling remains marginal. Some observers believe, therefore, that factory logistics is now a major bottleneck in mass production processes, with opportunity for significant optimisation.

In an effort to exploit this potential, the European Union-backed Pan-Robots project has set out to develop a highly automated logistics system to support future factories in achieving maximum flexibility, cost and energy efficiency, while at the same time ensuring safety. It’s a programme first aimed at AGVs, but it could also have vehicle logistics applications. 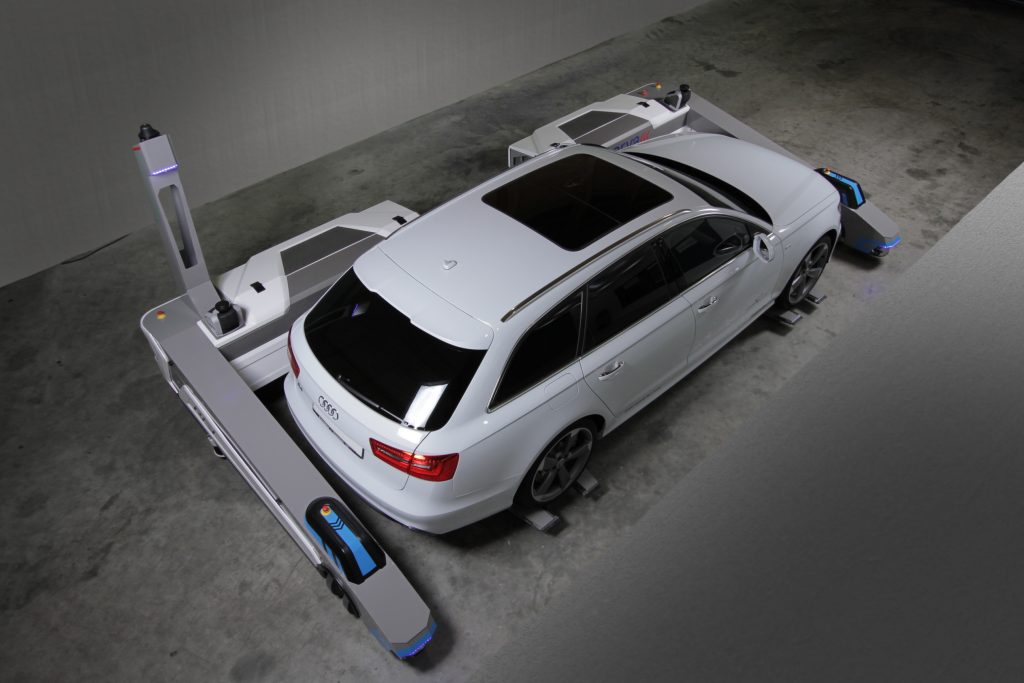 Lorenzo Sabattini, assistant professor at the University of Modena and Reggio Emilia in Italy, and a member of the Pan-Robots project team, explains that the European consortium of universities and companies proposes a new generation of cost-effective, safe and green AGVs to transport material and products in modern factories autonomously and intelligently. However, to achieve this objective, he believes that current technologies need to be enhanced and a number of approaches and technologies developed.

Sabattini argues that the currently rather rigid AGV fleet, where mission management is performed in a control centre, needs to be replaced by a flexible assignment of resources, intelligent AGV navigation and increased system safety. The project partners believe that can be achieved by managing a multi-layer map of static and dynamic objects in a global live view that is fed with the information acquired by the AGV fleet and the infrastructure-based environment perception systems. An intuitive human-machine interface (HMI) has also been developed to enable human operators to easily assign custom missions to available AGVs.

Sabattini explains that such intelligent global and local AGV navigation is achieved through the application of two complementary functions: flexible global route assignment for each mission, helping to avoid congestion zones or other obstacles reported by the control centre, and local path planning on-board the AGV in case of unexpected obstacles.

“Load handling, the task of loading and unloading of goods, is currently a time-consuming and sometimes unreliable procedure, [meaning that] a comprehensive, general and reliable autonomous load handling system suitable for all different load handling tasks is required,” he says. “This can be addressed, for example, by a dedicated stereo camera for picking-position identification and for visual servoing [visual robotic control] of the AGV to the required operation point in front of the pallet.”

In Sabattini’s view, although reflector-based self-localisation works reliably in the presence of sufficient artificial landmarks, the workload required for reflector layout planning, mounting and mapping is high. As an alternative, the new approach defined in Pan-Robots relies instead on the identification of natural landmarks in the warehouse, helping to provide a much more effective, contour-based self-localisation.

In terms of safety, Sabattini also points out that although existing 2D concepts based on laser scanners provide reliable collision avoidance, such systems are challenged by dynamic objects, as well as those occluded by structural elements, protruding from concealed side entrances or dangling from ceilings.

“By using advanced, on-board 2D safety, enhanced by 3D omni-directional perception, in combination with sophisticated risk assessment and collision avoidance strategies developed within the Pan-Robots project, these challenges can be mastered to provide accident-free and more efficient AGV operation,” he says.

Sabattini highlights another concept that the project team has developed – the installation of infrastructure-based environment perception systems for blind-spot monitoring for cooperative safety. These systems communicate information about tracked objects near the blind spot to AGVs in the vicinity via the control centre for collision avoidance and increased efficiency. 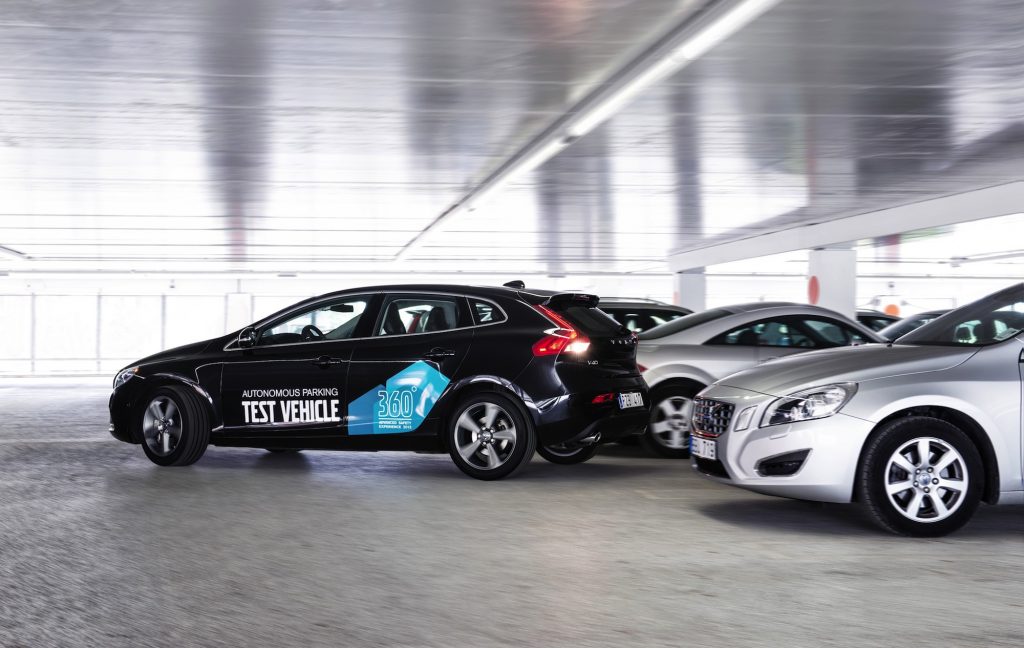 In Rupert Koch’s view, there are several technological, operational and financial advantages of using automation technology to handle finished vehicles. They generate lower carbon and noise emissions than existing transfer methods while simultaneously reducing labour costs, increasing process accuracy and lowering damage incidents. He also claims that they lower the risk of on-site accidents and increase storage capacity, while slotting easily into an integrated yard management system. “This application is seen as a pilot project for a much wider roll-out in Ingolstadt and we are very happy to work with such an innovative company like Audi,” he adds.

Claudius Illgen reveals that before the pilot project, Audi employees would drive the cars into the transitional area, with each member of staff typically walking around 8km every shift. Ray robots reduce that distance, a change he believes will improve the ergonomics of employees’ work. “In addition, this innovation has the potential to significantly improve the efficiency of our routines in the delivery process,” he adds.

Meanwhile, for Sabattini, the main advantage of such processes lies in using the space available in parking lots more intelligently. As the robots perform the operations repeatedly and reliably, he says, it is possible to store a higher number of vehicles in a smaller space, compared to being manually driven.

Self-driving into the future

In the near future, it is likely that the potential benefits of using robotic and autonomous technology for tasks such as loading, parking and shunting vehicles, handling and accessory installation could tempt a growing number of companies to experiment. One example is Volvo Cars, where autonomous parking systems for finished vehicles are being considered, according to Stefan Elfström, corporate spokesperson. “For the logistics environment, we are at the very early stages of this technology, but we [will] incorporate the possibility into the future logistics footprints of our factories,” he says.

There are no immediate plans for Volvo Cars to use this technology for handling and transporting finished vehicles, however the company expects to eventually develop more standard solutions. “We are following this development with great interest,” adds Elfström.

Although coy about the details, Lorenzo Sabattini reveals that several other projects are planned that will use autonomous wheel-based optimised parking. “Another important application is quality control and inspection,” he says. “Robotic and automated technologies are becoming more and more practical in this kind of field, when complemented by cognitive systems that are able to test the behaviour of infotainment devices without manual intervention.” 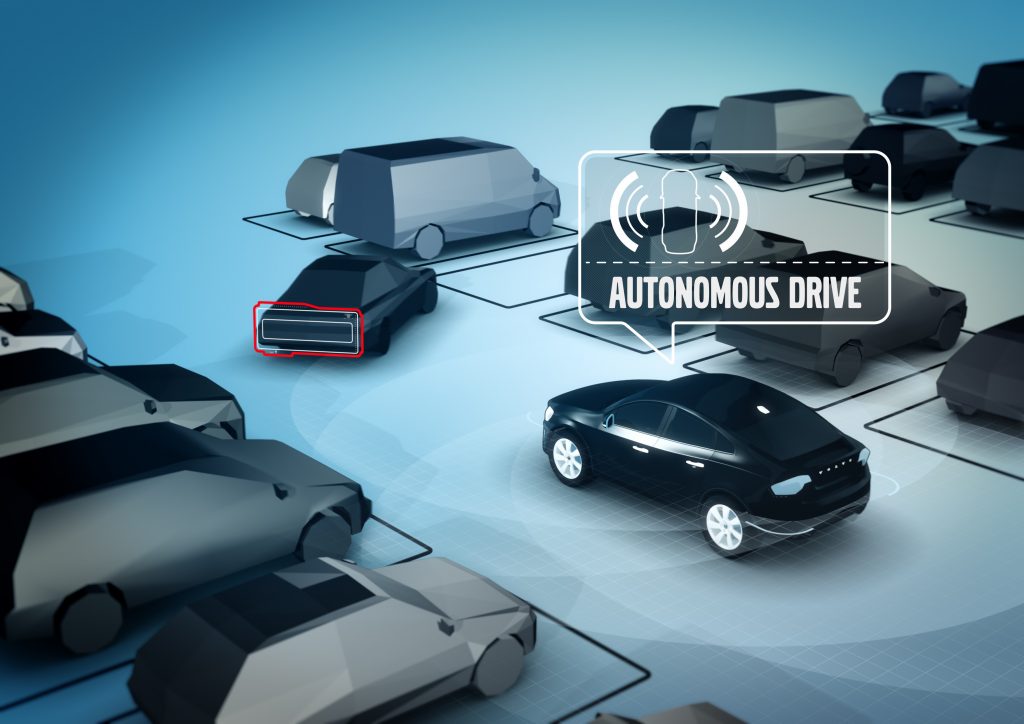 Over the next few years, Rupert Koch argues that the opportunities for the useful application of robotic and automation technology in the vehicle logistics sector are endless, particularly in the logistics stages before cars are shipped, as well as for buffering cars in import and export zones.  “All the OEMs are extending their production and space is limited. There are also limited human resources in many industrial countries. But Ray can be implemented even during the production process, for example between two assembly steps,” he says. “Also in consumer parking, where we have our first installation at an airport in Germany, I can see numerous applications.

“Even the self-driving vehicle will not generate the same spatial savings that Ray can provide with its manoeuvrability,” he adds.

On a more cautious note, Claudius Illgen points out that, with existing technology at least, robots like Ray can only be used effectively and safely in areas where there are no gradients, no mixed or crossing traffic, and no weather such as rain or snow. Over the coming years, he says Audi will need to gradually master such challenges to use the robots more flexibly. “With increasing application possibilities, the currently high costs per robot will fall, so it will be more economically viable to use robots such as Ray,” he says.

Rupert Koch reveals that there will be further installations of Ray later this year in different applications to the processing centre at Ingolstadt, and that the company is already looking to upgrade its technology to overcome current limits.

“We have already developed, together with Volkswagen, an interface that lets vehicles communicate with Ray directly by wireless. This connected car gives us and the OEMs completely new possibilities for the factory of the future or industry 4.0 applications.

“Secondly, we are working on an outdoor version of Ray that should enable providers of large logistics areas to implement it in harbours or large parking grounds,” he adds.

When the pilot phase of the Ray project is finished, Audi will carry out a review and decide whether or not to integrate Ray robots into series operation, says Illgen. Audi will also, subject to the aforementioned technical restrictions, examine other applications in the supply chain. Robots in logistics, so rare compared to other areas of automation – especially for vehicle handling – may finally start to catch up.