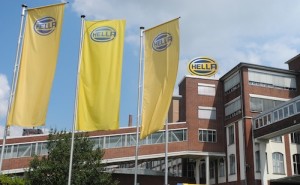 German automotive lighting supplier Hella KGaA Hueck is having to completely reorganise the supply of plastic moulded components because of an abrupt cut in supply from one its Chinese providers. The failure in the supply of the parts has hit earnings at Hella in the first quarter by €30m ($33m) and is expected to result in €50m ($56m) losses in the financial year to 2016 according to the company.

Hella has incurred extra costs by having to fly in parts from other facilities in Europe and the Americas to meet demand for lighting components from a unidentified customer. There are also costs associated with having to resume production at another plastic component supplier within six months.

In a statement the company said that the failure of an unnamed provider in China has led to a significant decline in earnings and that it had now initiated supply chain adjustments, though no further details were given on them.

“As [with] any automotive supplier, Hella is subject to special procurement risks where only a single resource is available for the competitive production of specific components,” said the company in its statement. “Still, the company views this specific supplier failure as a particular and extraordinary incident.”

The company went on to say that in the light of the developments it was unlikely that the overall charges from the supplier failure could be offset during the financial year.

“While Hella still expects revenues to grow in the middle to high single-digit percentage range over the full financial year, EBIT will likely be down year-on-year as a result of the one-off charges. The EBIT margin will fall accordingly year-on-year.”

Sales in the first quarter at Hella increased by 14% to €1.5 billion.