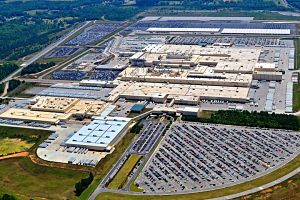 Honda has announced plans to invest $85m in its Lincoln plant in Alabama, including an expansion at the south end of Line 1 of the vehicle assembly operation there.

The company said the investment was the first part of a multi-phase project to “improve vehicle manufacturing flexibility, strengthen the logistics efficiency for future models and prepare for future technologies”.

Construction is expected to be completed in 2018.

In total the $2.2 billion facility has capacity to produce 340,000 vehicles and engines a year.

The latest move brings Honda’s total investment in Alabama to over $750m.

“In 2016, more than 68% of all Honda and Acura automobiles sold in the US were made in America, more than any other major automaker except one,” said the company in a statement.