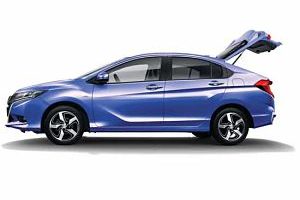 Honda’s joint venture company in China, Dongfeng Honda, has broken ground on construction of a third car production plant in the country.

It is being built on a 1.2m sq.m piece of land just 8km southeast of the first plant in the Wuhan Economic & Technological Development District in Hubei Province.

Approximately 3 billion renmimbi ($435m) will be invested in the new facility, which is scheduled to start operating in the first half of 2019 and will be capable of producing 120,000 units a year.

The new plant has also been designed to produce electric vehicles, according to a statement.

Dongfeng first began producing CR-V vehicles in 2004 and added Civic and XR-V production in 2006 and 2015 respectively.

With the introduction of the all-new Civic and Gienia compact hatchback (pictured), Dongfeng Honda’s total sales for 2016 are expected to reach more than 560,000 units.

Takahiro Hachigo, chief executive officer of the Japanese carmaker, said: “Honda sales in China are going strong and annual unit sales for 2016 are expected to reach 1.2m units. The Chinese market has potential for further development and growth.

“In order to continue meeting such strong demand, Honda will introduce its highly attractive products equipped with leading-edge technologies to the Chinese market ahead of other markets around the world and deliver joy to our customers here in China.”