Honda to export Civic Type R from UK to Japan 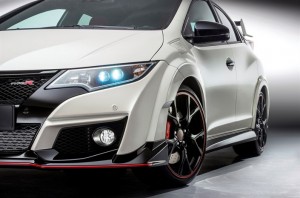 Honda’s new president and CEO, Takahiro Hachigo, has announced that volumes of the new Civic Type R – now being made at the company’s Swindon plant in the UK – will be shipped to Japan. The first deliveries to Japan will arrive in the third quarter of this year. It goes on sale in Europe this summer.

Production of the model began at the Swindon plant last week. Back in March, Honda confirmed that the Swindon plant would become the global production hub for the Civic five-door model. That announcement has guaranteed a further investment of £200m ($311m) in the facility, bringing the total investment there, since it opened in 1985, to £2.2 billion ($3.4 billion).

Honda of the UK Manufacturing (HUM) said it will increase Civic volumes while developing improved economies of scale. Annual production capacity at the plant will remain at 120,000 (as it was last year) but will be purely for Civic five-door and the other variants. Currently, annual production of the Civic Type R stands at 4,500.

The supply of the Civic Type R to Japan is part of Honda’s advancement of its six-region global operations structure. According to Hachigo that also includes the supply of some North American Fit and European Jazz models that will come from Japan, and the supply of the next generation CR-V from Honda’s Canadian facility to Europe.

“We're delighted that the European Civic Type R will be sold to customers in Honda's home country of Japan,” Philip Ross, senior vice president for Honda Motor Europe said. “Customers are really excited about this car and we're developing a significant order bank here in Europe. Exporting the car to Japan will only serve to increase demand further, which is great news!"

The company has not revealed projected export volumes of the Type R from the UK to Japan.

As in the UK, vehicles in Japan are driven on the left side of the road.