Honda to increase exports from Japan; Europe to be export base for Civic Hatchback 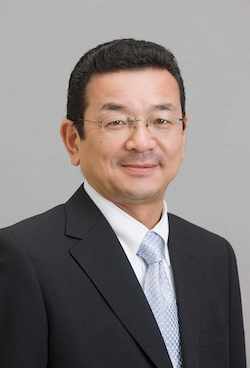 Honda is planning to export more models made in Japan to North America and Europe, including the Fit/Jazz, CR-V and hybrid models. At the same time, Europe will become a base for supplying the Civic Hatchback to North America and other parts of the world. The company said the moves were part of a strategy to strengthen its global vehicle production from two directions.

In a press conference held on 24th February, Honda Motor’s president and CEO, Takahiro Hachigo (pictured), outlined his future vision and direction for the company. As part of that speech he said that Honda would begin exporting the Accord Hybrid this year from Japan to North America. It began exporting the Fit (known as the Jazz in other markets) in that direction last year, as well as supplying it from its Celaya plant in Mexico. Hachigo added: “In the future, we will consider producing and exporting Civic and CR-V while carefully monitoring demand in North America so that we can establish a mutually complementary production system between Japan and the US.”

He also said that with production of the export models mentioned and strengthening sales of Japanese models, Honda would look at annual capacity in Japan of around 950,000 units, up from around 730,000 last year. As much as 20% of the total will be exported, compared with around 9% in 2015

In Canada, meanwhile, Honda has altered its plans to have the plant in Alliston make CR-Vs for Europe, which was announced last year. Instead, the Canadian plant will focus on North America, while European destined CR-Vs will be supplied from Japan.

Along with the CR-Vs being supplied from Japan to Europe, Honda is also planning to add the HR-V, a subcompact SUV based on the same platform as the Fit/Jazz, to existing exports of the Jazz. This way, Hachigo said that Japan would “complement production in Europe, which will focus on the next Civic Hatchback.” Honda’s plant in Swindon began exporting the Civic Type R to Japan last year, and it has been exporting it to Australia and South Africa for some time now. The company looks set to expand export destinations for the next hatchback made there.

Earlier this year, Honda announced that it would be shifting production of the CR-V from the carmaker’s smaller plant in Guadalajara, Mexico, to its plant in Greensburg, Indiana, to add further capacity at the Mexican plant for the HR-V.

In terms of regional production, Honda said it had changed its original plan to make European-bound CR-Vs in Canada so that it could meet high demand for such light truck models in North America, which is experiencing record sales. Further to that, Hichago said that production of large SUVs would now be across two plants in the US as well. Formerly American Honda’s plant in Alabama has made the large SUVs it sells in the region. Next year production will extend to the East Liberty plant in Ohio, which will make the Acura MDX.

The move to increase exports from Japan for Honda marks something of a reversal for the carmaker following years in which it cut Japanese exports drastically, especially to North America. In 2008, for example, Honda exported more than 400,000 units per year from Japan to the US alone, a figure that fell to 30,000 by 2014, according to JAMA, the Japanese carmakers’ association.

However, with a relatively weak yen and a strong dollar, Honda looks intent to focus as much of its North American capacity on the regional market and open up further opportunities for Japanese plants to supply some models. Nissan and Toyota have also both added some additional export capacity from Japan to the US.

A video of Hachigo’s full speech can be seen here.