Honda to use India as export hub 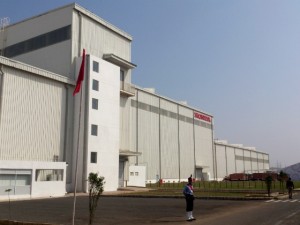 Honda has said it will make India a manufacturing base for the supply of manual transmissions to emerging markets across Asia and South America. It also plans to export its new Mobilio MPV, which is being made at the Greater Noida plant in Utter Pradesh, to South Africa.

The carmaker said it plans to use its Tapukara facility in Rajasthan, which opened in February this year, for the manufacture of transmission units for export. The company has invested a further Rs 3,500 ($580,000) in the $585m plant, which makes the Honda Amaze, to manufacture engines, axles and other auto components for distribution in both domestic and overseas markets.

Honda said that using India as a manufacturing base has allowed it to cut costs and improve profitability, in part thanks to the low cost of sourcing and exporting components.

The carmaker also indicated that its Mobilio MPV will be exported to South Africa this year. Honda said it is eager to replicate the sales success it has had with the vehicle in Indonesia. Since January 46,000 units have been sold there.

Honda India wants to double its export volume to more than 10,000 units by next year. It exported about 5,500 units to markets such as South Africa, Brunei, Bhutan and Nepal in the last financial year.