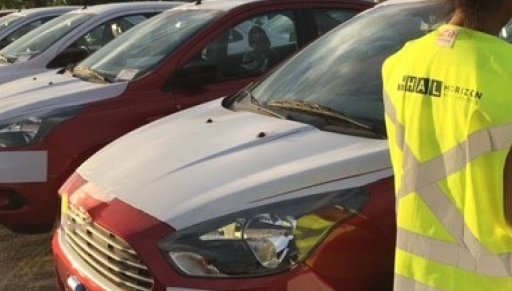 Horizon Auto Logistics (HAL), a division of Horizon Terminal Services set up last year in Mexico, has started full scale end-to-end operations this month out of its facility in Veracruz. The company is providing port operations, including stevedoring and the handling of all cars and services inside the port, as well as trucking the vehicles between the port and HAL's off-dock facility at Puente Villa Rica, 15km from the Veracruz port, where it offers the full range of processing services and storage.

The company is also now providing distribution services and management from yard to dealer or plant to yard, in the case of exports and ultimately, plant logistics/operations at the OEMs manufacturing plants in Mexico.

“All these services are operated with one IT operative system [under] one management, thus providing customers with 24/7 visibility of each VIN number, location, status, services provided etc, at any given time,” said Per Folkesson, president of Horizon Terminal Services.

Folkesson explained that the company's aim was to provide a better integrated service than what has been available in Mexico, where most OEMs are operating with a lack of visibility and less efficiency.

“We are on average removing all inbound cars from the port, operated by us, in less than five days,” he told Automotive Logistics. “The average in the port until now has been about 10 days according to API [the port's administration]. In this way we are widely supporting the port and API in improving the ports ability to have enough capacity to handle the increasing demand for space inside the port.”

That demand is pressing at Veracruz, which suffers from congestion. Working to solve that will require similar moves by more OEMs and service providers, admitted Folkesson.

While not disclosing figures Folkesson said that the company had made investments in equipment to support the port operations and to handle the shuttle between the port and off-dock yard. Most importantly, HAL has invested in furnishing the Puente Villa Rica facility with a vehicle processing centre as part of phase two develops there.

“We expect to have 18 hectares of land available to us, all paved, fenced and lighted with security, towards the end of February 2018,” said Carlos Renteral, general manager of Horizon Auto Logistics. “In addition, the purpose-built vehicle processing centre will also be operative.”

At full capacity the yard will be able to handle 500,000 cars annually.

“The supply chain is so fragmented today. We believe strongly in bringing all the pieces together and providing 24/7 end-to-end visibility to our customers of every movement we make,” said Renteral. “This is the only way to make sure we, and they, operate as efficiently as possible.”

The service will connect Höegh’s main ports in Europe – Bremerhaven (Germany), Antwerp (Belgium), Southampton (UK) and Santander (Spain) – with Baltimore and Jacksonville in the US and, via the Panama Canal, Lazaro Cardenas in Mexico. Le Havre, in France, will be linked to the service every other month.

From Lazaro Cardenas, the vessel will move on to discharge cargo at Auckland in New Zealand, and Brisbane, Port Kembla, Melbourne, Adelaide and Fremantle, in Australia, before returning to Europe.

“The service from Lázaro Cárdenas to Oceania, Australia and New Zealand is the quickest ro-ro connection on the market, allowing Höegh Autoliners to move cars, high and heavy equipment and project cargo from the largest car exporting port on the Pacific coast of Mexico, therefore adding to already existing connectivity from Veracruz and Altamira,” said Tomasz Lis, head of area Latin America at Hoegh Autoliners.

Lis said the start of the new service was driven by customer demand (from its largest global customer) and by the development opportunities for its global network.