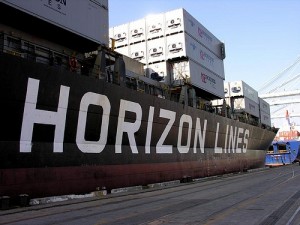 US domestic ocean forwarder, Horizon Lines, has elected Steven Rubin as its permanent president and CEO. Rubin was has been filling the roles on an interim basis for the past two months. He is also director of the company, a position to which he was appointed in 2011.

“Throughout this interim period, Steve’s experience and skills as a seasoned transportation executive have made the transition seamless," said David Weinstein, chairman of the board. "Steve brings a tremendous amount of energy to the role, and his focus on safety, reliability and world class service makes him the perfect steward of our strong transportation legacy. We look forward to his continued leadership."

Rubin took over the duties following the departure of Sam Woodward at the end of June. Woodward had held the role since June 2012.

"I am honoured to have the opportunity to serve as president and CEO of Horizon Lines,” said Rubin. “I’ve had the unique opportunity to spend the past two months actively engaging with Horizon Lines’ associates, customers and management team. “I want to thank the Board and my fellow employees for their confidence and support. I am excited to lead the Horizon Lines team as we continue to provide our customers with the excellent service they have come to expect from our company.”

Prior to being appointed interim president and CEO, Rubin was a principal at InterPro Advisory, a consulting practice serving the container shipping, intermodal, and chassis markets. He also spent 17 years at “K” Line in a number of roles for North American operations, including president for Liner Operations and Product Management. Here he was responsible for vessel and marine terminal operations, inland logistics, rail network management, equipment management and various operating administrative functions.

Horizon Lines is the only ocean cargo carrier serving all three of the non-contiguous US domestic markets of Alaska, Hawaii and Puerto Rico from the mainland.