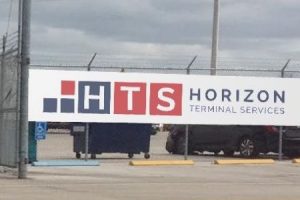 Horizon Terminal Services, the terminal-operating subsidiary of Höegh Autoliners, has opened an 11-hectare facility at the US port of Jacksonville (Jaxport), in Florida.

Jaxport is the top US port for car processing and last year handled more than 671,000 vehicles.

The Horizon facility, which will handle vehicles and project cargo, is based at the main Blount Island terminal, which berths pure car and truck carriers (PCTCs).

The company is redeveloping a previous terminal building and has upgraded it with new office facilities and the latest IT, which includes implementing a new terminal operating system.

Horizon said it had plans to continue developing the infrastructure at its new site to handle new and used cars, as well as industrial equipment and machinery.

Per Folkesson, president of Horizon Terminal Services, told Automotive Logistics any further infrastructure development would largely depend on customer requirements and that it was able to adequately handle all current customer volumes through the terminal, though he was cognisant of how fast requirements could change. Current annual throughput is around 80,000 units, he said, which is not far from maximum capacity at the terminal.

Limited space at ports is a central concern for terminal developers right across North America.

Horizon is handling used cars and heavy equipment for a number of shipping lines, including project cargoes. It is also handling finished vehicles for BMW through the facility.

“This new addition takes us to a substantial level of operations in the Southeast and Midwest of the US,” said Folkesson. “Jacksonville is a particularly important location as it is one of the largest auto ports in the US and also where Horizon Terminals is headquartered.

“But most importantly, Jacksonville has the potential to grow its automotive footprint significantly due to its strategic location and infrastructure and we believe we can contribute positively by working closely with the port,” he continued.

Given Horizon’s all-services facilities – which Folkesson suggested were different to those more generally available – the move should also be positive for customers, he said.