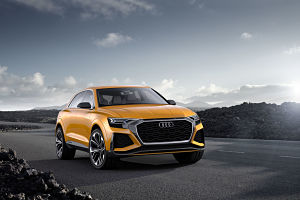 Audi has launched two new cars in its Q range of utility vehicles which it will build at its facilities in Hungary and Slovakia.

The Q4, a compact utility vehicle, will be built at the company’s Győr facility in Hungary from 2019. Last year, the carmaker indicated production of the existing Q3 model would be shifting from Spain to Hungary from 2018.

Currently, the Győr site in Hungary produces four Audi models: the A3 Sedan (which it has been making there since June 2013), A3 Cabriolet (October 2013), TT, and TT Roadster. It also develops and manufactures engines for Audi and other VW Group companies.

The Győr plant, with capacity of 160,000 vehicles, produced 122,975 cars in 2016. In addition 1.9m engines were manufactured, making it the Volkswagen Group’s largest engine plant, supplying more than 30 facilities.

In preparation for the new models, investment in the plant last year included construction of an 80,000 sq.m body shop.

At the Bratislava plant in Slovakia, meanwhile, the company will build the Q8 crossover SUV (pictured) from 2018.

“We will integrate two completely new Q-models into the existing production network and will thus increase our competitiveness in an extremely important segment,” commented Hubert Waltl, Audi’s head of production and logistics.