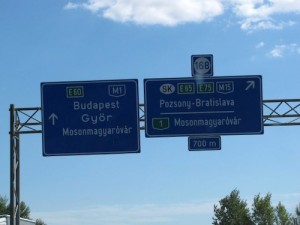 Hungary’s introduction of mandatory regulations designed to combat VAT fraud in the movement of freight by road is causing concern in the wider European automotive sector because of the level of bureaucracy involved in its application.

While the government’s efforts to tackle VAT fraud are welcomed, some are concerned that the enforcement of the electronic system will hamper the timely and efficient transport of parts both within the country and between it and its European Union (EU) neighbours. Moreover, certain bodies, including the German trade chamber, have warned it could harm the Hungarian economy and hit the competitiveness of the country’s manufacturing and logistics base.

The Electronic Trade and Transport Control System (EKAER) is designed to monitor goods trafficking in real-time within Hungary and on goods transported on public roads between member states of the EU. Companies engaged in the movement of goods in this way are obliged to apply for an EKAER number for every journey, which is valid for 15 days. The system is related to the road toll that has to be paid on vehicles in Hungary and compliance is monitored by road-side checks. Failure to comply carries a maximum default penalty equivalent to 40% of the value of the freight being moved.

Last week the Hungarian authorities extended the test period on the introduction of the regulations to 28 February, which means that the reporting of EKAER numbers, including licence plate numbers remains in place and checks will be carried out. During this period, however, no penalties will be imposed.

In the meantime, the Hungarian authorities could revise the regulations and make modifications to them, something that OEMs and logistics providers are eager to see, though any changes made will not be revealed until the end of February at the earliest.

DB Schenker, which has questioned the impact of the regulations on the efficiency of its services in the country, could only say that the effects on the company and its customers remain to be seen. “We need to wait for those results in order to determine how we will handle the final regulation and it consequences,” said a spokesperson for the company.

A number of other logistics providers supporting the automotive industry in the country have also reserved comment until the full impact of the regulations is clear.

Daimler, which has a plant in Kecskemét that recently added a third model exclusive to it, said it recognised the importance of the VAT fraud issue and the political initiatives designed to tackle it. The company qualified this by adding that the competitiveness of Hungary and the Kecskemét region was especially important to it and that the reduction of bureaucracy was an aim laid down in its Strategic Partnership Agreement with the Hungarian government. In a statement the carmaker added: “We still see significant potential for improvement regarding the introduction of the new EKÀER regulations in order to reach these goals. In this respect, we – together with industry representatives – are in close contact with the government, in order to manage the implementation for all parties involved as efficiently and smooth as possible.

In Hungary, only vehicles over 3.5 tons are subject to paying a usage-proportional road toll when using highways and other roads. This toll is proportional to the distance travelled on tolled roads and is determined by the axle number and Euro class of the vehicle. Vehicles under 3.5 tons using tolled roads have to pay toll in a vignette system, where the toll is not proportional to the distance travelled but a fixed price have to paid for a certain period of time.