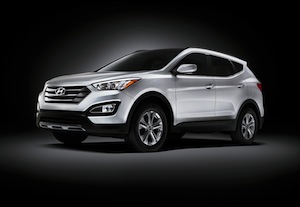 Hyundai Motor in the US has said it will add production of the Santa Fe Sport crossover SUV to its output at the Montgomery plant in Alabama. The model is already in production at Kia Motors’ plant in West Point plant in Georgia, but has not been made in Montgomery since 2010. Assembly will recommence in early summer this year, joining the Sonata and Elantra models currently being built there.

The Korean carmaker said the move was in response to an increase in demand for light trucks in North America.

“We’re very happy Hyundai has been able to make this change, which will result in more great Santa Fe crossovers available to our dealers and customers,” said Dave Zuchowski, president and CEO of Hyundai Motor America. “The new production will help us meet the growing demand for one of our most popular products.”

The carmaker said that in the coming months, the plant would be coordinating retooling, robot programming and other logistical projects to prepare for start of production this summer. Further details on those logistical projects have yet to be announced.

Likewise, production targets for the Sonata, Elantra and Santa Fe Sport during 2016 will be determined at a later date according to the carmaker.

The Alabama plant has annual capacity to assemble 400,000 units.

Kia may build Hyundai’s Accent in MonterreyAccording to a report published by Reuters, Hyundai is also planning to build a new version of its Accent model at Kia Motors’ upcoming plant in Mexico. It will be the first time a Hyundai vehicle is built in Mexico and production is expected to start in July 2017. Reuters said that output would hit 20,000 in that year, increasing to 76,000 the following year and 100,000 in 2018, citing people familiar with the plans.

Lower labour costs, proximity to the North and South American markets and sluggish demand for small vehicles in South Korea are factors that have influenced the move. Neither Hyundai or Kia have confirmed the plans.

Sources cited by Reuters indicate that production of the Accent in South Korea would fall by half but that this is likely to be offset by plans to build a new subcompact SUV. The carmaker is looking to introduce subcompact SUV models in South Korea, the US and Europe.

Kia Motors will begin full production at its Monterrey plant in the Pesqueria region of Mexico in May this year, beginning with the Forte model, with plans for the introduction of the Rio model at a later stage. It is in advanced negotiations with the Kansas City Southern de Mexico (KCSM) railway for the construction of 15 railway sidings within the plant for loading of outbound finished vehicles.