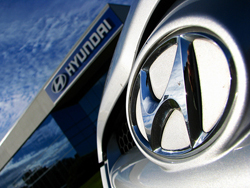 Hyundai has announced that it intends to establish its own dealer network in Mexico and end its contract with Chrysler de Mexico, which has been handling distribution in the country for the Korean carmaker for the past 14 years.

“This decision has been taken to seek broader business opportunities under the Hyundai Motor brand in the country,” a spokesperson told Automotive Logistics, but added that the specific timing for transition has not yet been finalised and Chrysler would continue to sell and service Hyundai Motor products in the market until a decision was made. Until then the company said it was not willing to share any further information about its sales and distribution strategy in the country.

Hyundai vehicles, including the Accent subcompact and i10 minicar are currently imported to Mexico and sold through Chrysler’s sales network under the Dodge brand. The Accent is resold as the Dodge Attitude and the minicar as the ‘i10 by Dodge’, though both models also carry a Hyundai badge.

Hyundai said that more than 300,000 of its cars have been sold in Mexico under the current agreement with Chrysler, including models ranging from small cars to light commercial vehicles.