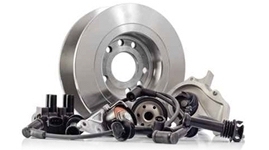 The UK automotive aftermarket is the fourth largest in Europe and generates revenue of £21.6 billion ($28.7 billion), contributing £12.5 billion to the UK economy, according to figures compiled by analyst Frost and Sullivan in association with the Society of Motor Manufacturers and Traders (SMMT). The non-franchise sector accounts for a 64% share of that market and that figure is set to rise to 71% by 2022.

However, there are a couple of issues that are threatening competition in the sector, according to Mike Smallbone, membership development manager at the Independent Automotive Aftermarket Federation (IAAF).

Speaking at last week’s Aftersales Excellence Forum, organised by cloud-based aftermarket services provider, Syncron, he said the first issue of concern was the UK’s withdrawal from the EU and the second was the failure of legislation to keep pace with vehicle technology developments, notably the connected car. Both are contingent on the existing Block Exemption Regulation (BER), which allows drivers to choose where they have their vehicles serviced. That regulation in its current form comes to an end in 2023 but there are concerns that Brexit could bring changes before that, he said.

“We honestly don’t know what is going to happen [with Brexit],” said Smallbone. “What we do know is a number of the laws that affect our industry, and the aftermarket sector, are in Brussels. We know there are going to be changes and we feel that BER could be one of those changes.”

The cost to the end user has already been estimated. Earlier this year the Society of Motor Manufacturers and Traders (SMMT) commissioned an independent study from analyst firm Frost and Sullivan into the impact of Brexit on the automotive aftermarket which suggested that a hard Brexit would add 10% to car servicing bills. The study said tariffs and trade barriers would add an average of £70 per car service, if no deal was reached between the UK and the EU – increasing the UK’s collective annual car maintenance bill by more than £2 billion.

Proprietary protectionWhat is clearer for the IAAF at the moment are the implications of vehicle technology and legislation on the aftermarket. Service centres, whether franchised or independent, have always inspected vehicles in the workshop using advanced diagnostic tools to identify and remedy problems. A lot of that work can now be done remotely, however, with performance data sent from the vehicle directly to the manufacturer. From a vehicle maker perspective, this requires strict security in an age of vehicle hacking.

In a paper published on access to vehicle generated data, the German automotive association – VDA – states that there are significant risks to safety, security and privacy which makes the automotive industry different from already established platforms in other sectors, such as telecoms.

“Unlike the smart phone, a vehicle is a safety relevant device,” says the paper. “The integrity and security of the vehicle is paramount and must be protected at all times to guarantee predictable vehicle behaviour and ensure the safety of its occupants.”

To establish this security the VDA, in collaboration with the carmakers, has established a concept for the transfer of data, formerly called Extended Vehicle but now called Nevada, based on a two-level architecture that gives the OEM the role of system administrator with responsibility for the transfer of vehicle generated data to an OEM business-to-business (B2B) interface. As part of that concept, third parties can access vehicle data directly over the OEM interface or over neutral servicers which gather data from the servers based on B2B agreements with the OEMs.

“There is no direct access to the vehicle by third parties to avoid risks to customer and public safety,” says the VDA in the paper. This also protects copyright on intellectual property.

Given that vehicle makers have designed their own in-vehicle telematics systems (such as Vauxhall’s Onstar) they have timely and privileged access to the vehicle data, along with the ability to be in direct contact with the driver in the vehicle.

“All VDA members confirmed the position, including Bosch, Continental and ZF,” a spokesperson for Vauxhall told Automotive Logistics. “We all tried to find a fair solution regarding data security, data privacy and safety for all players to use the information out of the car and use it for business, if the customer wants to, in a secure manner.”

From the perspective of the IAAF, however, only providing access to vehicle data through an OEM interface puts the independent service centre and other parts of the value chain, such as workshops, PDI operators, diagnostic tool producers or parts wholesalers, at a disadvantage, and stops them from offering competitive services and products.

According to IAAF, the EU recognised this problem and provided a mandate to explore regulation for an “in-vehicle interoperable secure and open access telematics platform” to safeguard competition. That was countered by the OEM community in its call for the vehicle data concept outlined in the VDA document.

“This means that the independent aftermarket businesses would become dependent on their competitors and would only have access to a restricted set of data, limiting innovation and the alternative services that they can offer,” said Smallbone.

Hitting the value chainThe Nevada concept also provides vehicle makers with the ability to monitor and profile the service activity of an independent aftersales service provider, according to the IAAF, which could provide insights into their business patterns.

The IAAF has issued a statement explaining that the privileged insight vehicle makers will have through this proprietary system will let them monitor the market and propose their own diagnostics, spare parts, breakdown services, fleet management and insurance schemes to the detriment of existing value chains.

“You can see why we are nervous to make sure that the standardised, secure and open-access platform is a real viable solution,” said Smallbone. “If not, the car will permanently send data to the vehicle maker and potentially as an aftermarket we will be shut out. It really is a threat to us.”

The issue is pressing because eCall – an in-vehicle road safety system that automatically calls the emergency services in case of a serious accident – is becoming mandatory in vehicles in the EU from next year. The system is being welcomed across the board but the functionality is being rolled out to non-emergency situations, too. Vauxhall’s Onstar will use the system for directly linked maintenance services, for instance.

“It is fair to say that the connected car is a reality and we will see some real benefits but we have to have access to the data so that we have a chance to repair the vehicles,” said Smallbone.