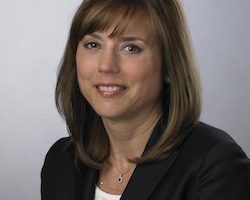 In one of a number of new appointments at International Automotive Components (IAC), Kelli Carney (pictured) has taken up the newly created role of president of the European region.

In her new role, Carney is responsible for overseeing all primary central business functions for the European region, including procurement, commercial, engineering, operations and quality. She will be based at the company’s European regional headquarters in Düsseldorf, Germany.

Carney's procurement responsibility at the interior components and systems supplier continues from her previous position there as senior vice-president of procurement and information technology.

“Kelli will be the key driver of IAC’s continuous improvement in Europe; she is a strong leader and we are excited about the best practices she will bring to our global operations,” said IAC president, CEO and director, Robert Miller.

Carney brings 30 years of automotive industry experience and a strong background in operations management to her role. Prior to joining IAC in 2007, she served in several leadership roles at tier supplier Lear, including vice-president of DaimlerChrysler Platforms, director of pre-production planning for the Interior Systems Division, and purchasing commodity manager.

In other recently announced moves at IAC, Brian Pour has been promoted to chief operating officer, a newly created position that makes him responsible for planning, directing and overseeing the company’s global operational, commercial, engineering, quality and procurement activity. He was previously senior vice-president of manufacturing at the company.

Maurice Sessel, meanwhile, has been appointed president of the North American region. He will also set strategy and oversee the global core engineering and research and development functions. Sessel previously held the post of senior vice-president of global engineering.