If you want a footprint in Russia, don’t run before you can walk

Neovia and STS Logistics recently held a day of workshop talks in London, UK designed to provide international companies eager to set up business in Russia with the right insight into the market

For companies wanting to establish a footprint in Russia, the priorities outlined at the advisory workshop on the subject organised by Neovia and STS Logistics in London last week were clear: work with local partners on understanding the market and establish accurate inbound delivery lead times; foreground transparent working processes with accurate data on imported shipments; and don’t run before you can walk.

Neovia (formerly Caterpillar Logistics) has been active on the Russian market since 2007 and is a specialist in service parts logistics, including automotive and industrial. STS Logistics, founded in 1996, is one of the market leaders in logistics and transport services in Russia with a focus on domestic logistics and customs clearance, also with a number of automotive clients. While retaining their own independent businesses, the two companies now work together on providing services for companies looking for a piece of the Russian market. 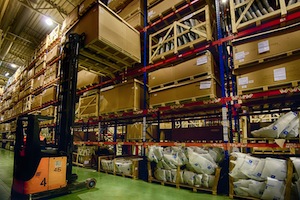 “Finding the right partner is a key issue,” said Pascal Born, global business development director at Neovia Logistics, who was keen to add that this did not necessarily mean the one with the lowest cost, or willing to take all the risk. “Finding the right partner is about the alignment in language and the understanding of your business, including what you are trying to achieve in Russia.”

It is also very much about understanding the cultural and market environment, according to Marc Brenneiser, group CEO of STS Logistics. “A lot of people come in with the wrong assumptions and think they can bring in international providers that can solve all the issues,” he said, citing the case of two leading global manufacturers that used the same outside consultant for tendering (unbeknownst to each other). They ended up paying 20% above the market average. Local partners with an inside working knowledge of the process that can act as consultants will provide insights free of charge, Brenneiser revealed.

Born described how Caterpillar pursued just such a strategy, initially selecting a few self-contained dealers through which to sell its spare parts and service products. “We were not manufacturing onsite [until] we had an understanding of the market, [then] we started to manufacture some of the components in Russia before we went to full-blown production.”

Using a distributor to initially handle imports before taking them on in parallel with CKD or SKD production is a tried and tested step-by-step approach, according to Brenneiser, and is related to making the best risk assessment according to the specific strategic goals of the company.

Building up local demand for imported products first is crucial.

“It is very important when you go into Russia that there is a market there for your products,” said Jaron Wiedmaier, general director of Continental Tires Russia, who stressed that any company needed to ask itself whether the product was accepted in the market, and whether it was global or adapted for Russia.

Customs and competition
Michael Gross, director of the Fendt & Eastern Europe parts business for AGCO, a builder of agricultural equipment maker, pointed out that it was necessary for his company to establish subsidiaries for those farmers in the country that preferred “more professional equipment” because competition with local producers was difficult given the customs duties imposed on foreign makes.

“Customs duties are currently at 37.5%, so you can’t really compete using a foreign product that is not localised,” said Gross. “The aftermarket is important.”

Customs is an important influence on the volume of imports coming into Russia, with many companies choosing to keep volumes in consolidation centres near the Russian border. There is instability in the Russian market at the moment – its economy grew less than estimated in the third quarter following a drop in the second quarter – something that is making many particularly cautious on large volume imports, given that the material cannot be exported again without losing a substantial percentage on the VAT. Combined with the fact that many of those border consolidation centres also feed the European market, companies are keen to keep products in locations such as Gdansk in Poland or Kotka in Finland and tranship smaller volumes via St Petersburg. That way, if demand drops, the shipments can be called off and additional costs avoided.

Storage rates are high at terminals and railheads because they are exclusively developments based on private investment, which are in turn based on short term leases upon which the investor wants a fast return. The government on the other hand is not investing in new infrastructure of this sort. There is no plan or real commitment by the government to increase the infrastructure dramatically, according to Brenneiser, and because of the short term leases those private investors can lose their facilities very fast if the government chooses to end the lease.

“They don’t buy, they lease on yearly lease rate that can change and they need to return their investment fast, which is why the costs are very high in Russian ports,” he said.

However, shipping from outside Russia raises the issue of accurate delivery lead times, something that has improved over the last five years prior to which variance could be anything up to a week. But there remain issues and changes to regulations, including the stop on issuing Polish licences, which mean the process still has an element of unpredictability. Working within a window of plus or minus one day is more easily achieved with regular truck flows from central warehouses in Europe to those in Moscow that keep intermodal switches to a minimum. With pre-custom clearance in place, a predictable supply chain is achievable.

Unpredictability arises when the supply of goods is more irregular and comes from different suppliers using different routes, requiring stock in advance. Shipments from Asia are harder to predict, according to Brenneiser, and ocean shipments are also subject to delay, notable in that ocean container shipments via St Petersburg remain the main route in, albeit as stated, fed from consolidation in Poland and Gdansk. Gdansk is now receiving 100,000 TEUs a week.

However, it was revealed at the workshop that STS Logistics has started trial shipments of service parts for Toyota from Japan by rail from the Far East for the first time, on average a 15-day route, versus the 40 days by ocean to St Petersburg.

“They always went through St Petersburg but now they are testing the Far East route,” said Brenneiser. “Everybody is getting ready for it, and when they feel safe they are going to change; then you will see capacity issues on the railroads.”