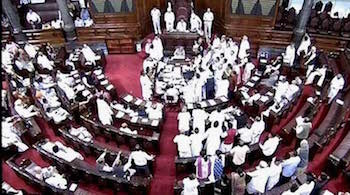 The lower house of the Indian parliament has approved the bill required to bring in India's Goods and Services Tax (GST), which has the potential to transform the country’s domestic logistics and make it easier for manufacturers to move freight across internal state borders. It is expected to be ratified by the upper house and become an official act by March 2017.

The passing of the GST, which has been discussed in India for at least a decade, follows the commitment made by the government of Narenda Modi to replace the existing tax system when he came to power in 2014.

The GST is an indirect tax that will be imposed on all goods and services either produced in, or imported to, India, and will replace India’s archaic tax structure under which states and central governments impose taxes separately. That outgoing structure is somewhat convoluted with indirect taxes involving a sales tax at the point of consumption levied by individual states, along with excise fees at the point of production and customs duties at point of import. There is also a Central Sales Tax (CST) levied by the Centre for Inter-State Sales.

Under the incoming regime, which the government plans to implement starting April 1st, 2017, various central and state level taxes will be replaced by GST, with rates to be finalised at a later stage.

For India’s automotive sector and its supply chain, leading figures and analysts have touted benefits, pointing out that it will finally turn India’s economy into more of a ‘single market’. For example, the price of a particular model should become uniform across all states in a win-win for manufacturers, dealers and customers. There are expectations that it will be easier to store parts and finished vehicles in one state of the country and distribute them to another without paying extra taxes. That could make it easier to use distribution centres to consolidate flows of vehicles and then transport them by rail, for example.

However, while a net positive for manufacturers, services could become more costly once it becomes law, according to other analysts.

According to Anil Sharma, principal analyst for the world markets automotive division at IHS Markit, stakeholder discussions so far indicate a consensus on rates of 12% for essential goods and service, 18% for general items and 40% for luxury goods.

“Although the tax rates are still subject to debate and deliberation, the new tax regime has wide-ranging implications for the automotive industry,” said Sharma. “Among the most important ones is the expected moderation in tax levels for manufacturing entities which are effectively paying taxes in the range of 25-30% currently. At the same time, the GST is aimed at bringing more services, specifically in the unorganised market, under the tax umbrella, which effectively means services currently untaxed will be subject to tax going forward.”

Currently, IHS forecasts a 5.3% growth in light vehicles in India in 2016 and 12.8% in 2017 on the assumptions of general economic buoyancy and GST implementation by April 2017.

Pros and cons of incoming systemExperts expect that GST could promote further use of multimodal and rail transport, especially since it would encourage the consolidation of vehicles for onward distribution across longer distances. The introduction of the GST is also expected to allow manufacturers to centralise their inventory or create larger, regional distribution centres. The tax is expected to bring specific benefits to warehousing because where inventory is re-invoiced it will not have to undergo the 2% Inter State Tax (CST).

The automotive supply chain is expected to benefit more widely under GST, according to Jasjit Sethi, chief executive officer of TCI Supply Chain, India's largest automotive logistics provider. The cost of production should be reduced, which should make products more competitive for export. “For domestic distribution, we could see more yards and compounds coming up, reducing inventory at the retail end,” he said.

However, the introduction of the GST is in danger of bringing with it its own risk of disruptive bureaucracy for logistics.

For example, because the GST is consumption based it will involve logistics providers collecting a transit pass on the way in when transversing a state and reporting at the exit checkpoint of that state as they leave it to prove they have not sold the goods there.

“We are fighting this as it could lead to worse queues than today at the borders,” said Sethi. “Only a handful of states have a transit pass system but all would need it under GST. The answer is an electronic data exchange and electronic check points.”

Also, while the GST promises to make taxes more uniform than the current system, which should make life easier for automotive companies, it does not solve the problem of different registration rates across Indian states. According to Sethi, the same car charged with the same tax is still costlier to register in Maharashtra than in Delhi, for example. Furthermore, some Indian states also have a higher rate for cars registered in corporate names – generally double that of personal rates.

“Initially life would be more complicated, both in understanding and software readiness, making it a good time for consultants and IT companies,” said Sethi. He added that the system should eventually become simplified.

There also remains the question of how to divide the GST given that, as indicated above, some taxes were levied by individual states while others were centralised. According to Sethi, this is being tackled by having two parts to the GST: one for the state (sGST) and one for Centre Sales Tax (iGST).

“In our study, a GST rate between 16%-20% would be neutral for now, [but] above that it could lead to inflation in the medium term, for example two years from now,” said Sethi.

The passage of the bill through its final stages and the likely impact on the automotive sector in India will be under discussion at this year's Automotive Logistics India conference which takes place in Gurgaon in November this year.