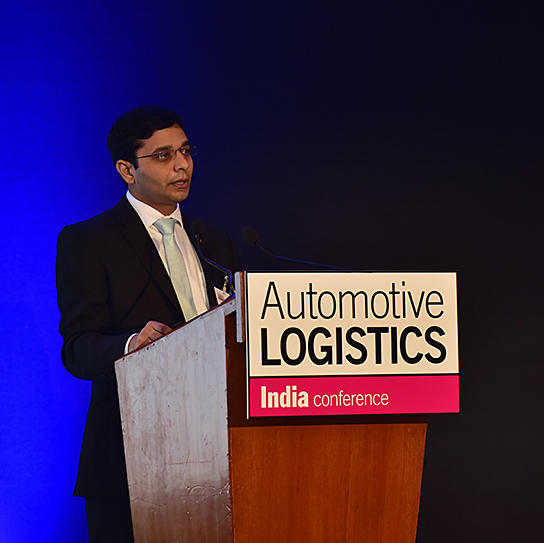 Following nearly four years of stagnation or slow growth in sales and production, India is set to return as a key growth market in global vehicle sales and trade over the next six years.

Stable politics, strong GDP growth and low commodity prices look set to drive the Indian automotive industry forward. However, to fulfill its potential, concerted action is needed between industry and government on a range of issues, from lagging infrastructure improvements to costly inefficiencies in the movement of goods.

According to figures from automotive analyst firm, Jato Dynamics, the Indian economy has emerged as a global leader in growth this year, with 7.1% GDP growth this year and 7.4% expected in 2016. According to Amit Kaushik, Jato’s country head for India, who was speaking at this week’s Automotive Logistics India conference in Delhi, India has outpaced China in both years.

The vehicle market has been somewhat slower, returning to low single digit growth in 2015 compared to 2014, with passenger car sales hovering around similar levels since 2011. This year, light vehicle sales are expected to hit 2.6m and total vehicle production around 3.1m units, including light commercial vehicles. However, starting in 2016, that total figure is expected to increase to 3.4m and expand steadily: by 2022, Jato forecasts vehicle sales reaching an optimistic 5.8m, with 4.9m made up of passenger cars.

Significantly, the premium hatchback and compact SUV segments are forecast to grow, said Kaushik, marking something of a shift from India’s traditional small, B-car market – and with implications for supply chain and logistics. For example, premium hatchbacks in India cost around 300% more than the average entry vehicles, a reflection of India’s growing middle class. That said, entry-level buyers make up the greater percentage of sales in India, and the small car market is by no means shrinking fast. Those moving from the massive 2-wheeler market are also likely to keep the small car segment strong.

While political stability bodes well for the development of the market, India still has structural and economic issues, said Kaushik. There remain inflationary pressures, high interest rates and a lag in the much anticipated goods and services tax (GST), which many see as a priority if the Indian car market and supply chain are to fulfill their potential. Added to that is the fact that much-needed infrastructure conversion is painfully slow.

For the logistics side of the business, costs are definitely too high, according to Julian Bevis, member of the infrastructure committee at the Federation of Indian Chambers of Commerce and Industry (FICCI).

“Progress is being made but the fact remains that logistics costs represent 15% of the country’s GDP compared to competitor markets where it is half that,” noted Bevis. “That is a significant economic distortion.”

That substantial disparity is exacerbated by inefficiencies in the logistics chain, Bevis said, which can account for anything between 30-40% of total landed cost of moving a product, equivalent to an extra $3,000 per container. Reducing total trade costs by 10% would see a growth in exports of 8% and add export value of more than $3m per year for the automotive industry. Currently however, India lags significantly in logistics performance; it ranks number 54 in the 2014 World Bank logistics performance index.

To tackle this, there needs to be a collective approach by private companies and government, and to a degree a move away from strict regulation and towards free market enterprise.

“The industry needs to pull together and present a cohesive picture to policy makers in government so they actually know what the industry needs,” noted Bevis. There also needs to be a more cohesive approach to the logistics industry itself, because too often the progress made in one direction – such as port investment – has been let down by a lack of attention further down the line.

According to Bevis, one of the main KPIs in assessing effective infrastructure is the liner shipping connectivity index, which takes into account how a port is linked to inland routes and modes. India scores low and while the government is now addressing the problem, it needs to get a move on if growth in the car market is not to be scuppered by costly inefficiencies.

“Build ports, yes, but they need to be connected to the market,” he said.

However, not everyone agreed with the assessment of India as a high logistics cost centre. Jasjit Sethi, CEO of TCI Supply Chain, India’s largest automotive logistics provider, pointed to economic surveys that puts Indian logistics at closer to 5.5% of GDP, which is very low. He pointed out that trucking, labour and warehousing costs in India were actually very low by international standards.

However, he pointed out that costs are set to rise, driven in part by new regulations on safety and emissions, as well as rises in wage, including the state of Haryana’s recent increase in the minimum wage by 29%. “When you build up infrastructure, you put tolls – that will also raise costs. New regulations for car carrier size will also make them small and safer, but that will drive up costs. The problem is not in the costs but it is the efficiency. That is why India scores so low,” he said.

The conference offered an example, however, of an infrastructure development that has improved efficiency, at least for commercial vehicle exports. Mumbai Port Trust has been working on a facility development project with Ashok Leyland, India’s second largest commercial vehicle make, and Wallenius Wilhelmsen Logistics (WWL), the world’s biggest maritime finished vehicle services provider. According to Gur-Prasad Kholi, managing director, India at WWL, the port needed to develop a facility with global standards for commercial vehicle exports, including in terms of predictability, quality and speed. WWL worked with state bodies to get approval on the development within the port. Work on the project began on June 10th this year and was complete by August 18th with all clearances and permission expedited. The two month delivery on the project was all the more remarkable given it was completed during the monsoon season in that region of India.

The new facility is now just 5km from the vessel loading point compared to the previous one Ashok Leyland was using, which was 54km away, meaning much improved punctuality and quality assurance for the delivery of the vehicles to the point of export. The facility has greater capacity for parking, accommodating up to 1,000 units with a covered area for greater protection, a place for quality checks and the ability to make double ramp loading onto the ships.

As part of the development, Mumbai port now has two dedicated berths covering an area of 30,000 sq.m and, according to Gautem Dey, senior deputy traffic manager at MBT, there has been a 50% improvement in loading time. That in turn benefits the ocean services provider, which can turn its vessels around in faster time.

There are now 160,000 vehicle units moved annually at MBT, but further developments ahead are set to increase that number significantly to 600,000.

Dey also said that the government owned port had formed a core team with representatives from carmakers Maruti Suzuki, Tata Motors, VW and GM, dedicated to tackling issues relating to vehicle damage on road transport and to make the process of delivery to the port seamless. There are also plans afoot to build a multi-story car park at the port for which MBT is inviting tenders. Dey said the developments at the port for vehicle handling would reduce export costs there.

“We have been hearing a lot about Indian infrastructure and its impediments but here we have a good example of how it can work in conjunction with the government,” said Kohli. “This is a great sign for all of us and we’re proud to work with MBT. I hope others will take advantage of this. It bodes well for the annual export target at MBT of 600,000 vehicles.”