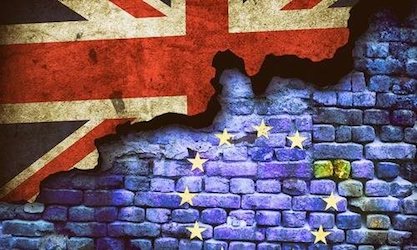 Representatives of the UK automotive industry have welcomed a government white paper on Brexit proposing an economic partnership when the UK leaves the European Union. The paper outlines how the UK wants to establish a new free trade area to replace the Single Market and maintain the movement of goods without customs checks or controls.

Despite the proposal generally being regarded as a welcome step forward, following two years of uncertainty, some remain concerned that the competitiveness of the UK car market will be undermined if existing free trade arrangements are impaired, once Brexit takes place in March next year.

“Tariff-free trade is important not only with the 27 EU states, but also other countries like Turkey and South Africa,” said a spokesperson for Ford of Europe. “It’s right for the UK government to explore new global trading opportunities, but these can be pursued in parallel. The priority must be on maintaining free trade with the EU.”

The white paper, The Future Relationship Between the United Kingdom and the European Union, puts forward a plan for a ‘Facilitated Customs Arrangement’ that, as well as removing the need for customs checks, would enable the UK to control tariffs for its trade with the rest of the world. It also proposes mutual recognition of vehicle type approvals, including whole vehicle type approval certificates.

Last year the UK exported 1.34m cars, 80% of what it produced (1.67m). The EU took 800,000 units of that overall figure last year, according to figures from the European Automobile Manufacturers Association (ACEA). In the other direction the UK imported 2.3m vehicles (including trucks and other commercial vehicles) from EU member states, 11.7% of the 19.7m cars made across the remainder of the EU. Continued trade in either direction is therefore crucial for carmakers based in the UK and Europe, and for those providing transport and logistics services.

Trusted tradersIn recognition of this, the white paper proposes the elimination of tariffs, quotas and routine requirements for rules of origin on goods traded between the UK and EU, and introduces a ‘trusted trader’ concept for the payment of tariffs on finished goods, equal to the Authorised Economic Operator (AEO) status that exists in Europe. To qualify for this status, businesses must be able to demonstrate with policies and assets that they can transport goods securely and account for them.

However, according to Malcolm Dowden, legal director at law firm Womble Bond Dickinson, the majority of businesses in the UK that will need customs approval when the UK leaves the EU are not qualified for AEO status. Reliance on independent experts, freight forwarders or distribution companies with the status will be in short supply because there are currently only 630 companies with AEO status compared to 6,226 in Germany, for example. On top of that, says Dowden, getting AEO or trusted trader status can be a lengthy and costly business.

"Attaining AEO status is not straightforward,” confirms Dowden. “The application forms are relatively short, but they require a significant body of detailed evidence. Applying for (and then maintaining) AEO status therefore represents a significant investment of cash and management time.”

According to Dowden, the AEO application process theoretically takes up to 120 days but often takes much longer – in some cases up to two years.

“AEO status cannot be regarded as an easy route or as a quick fix,” said Dowden.

[mpu_ad] Uniquely integrated supply chainResponding to the white paper, the UK’s Society of Motor Manufacturers and Traders (SMMT) welcomed the government’s plan to replicate the benefits of the single market and customs union.

“The paper is evidence that government recognises the importance of the automotive sector and the need to safeguard our competitiveness in our future relationship with the EU,” said Mike Hawes, the SMMT’s chief executive.

He went on to say that future trade with the EU had to be completely without friction, tariffs or disruption to supply chains and just-in-time manufacturing. The UK government has claimed its proposal will protect “the uniquely integrated supply chains and just-in-time processes that have developed across the UK and the EU over the last 40 years”.

Hawes said the avoidance of customs checks and other barriers was essential to trade and that the UK and EU had to continue to operate within the same regulation framework.

Elsewhere, the Freight Transport Association (FTA) said the solutions outlined in the paper offered encouragement for those maintaining complex supply chains but added that there needed to be “a similar level of imagination and optimism” in mainland Europe.

“Today’s white paper includes positive proposals for many areas which have caused concern for the logistics industry, and should give businesses, which have been worried about a lack of clarity over future trading arrangements, some level of reassurance,” said James Hookham, the FTA’s chief executive. “It is now Europe’s turn to step up and deliver a similarly supportive, encouraging plan which will minimise the barriers to continued frictionless trading arrangements as the UK leaves the EU.”

Future recruitmentThe UK Warehousing Association (UKWA) also welcomed the white paper, but said it remained to be seen whether it was a starting point for negotiation or “a fanciful wish list aimed primarily at uniting a divided government” – a tall order given the resignations from the government since Theresa May announced her plan at Chequers last weekend.

The UKWA also expressed concern about the white paper’s repeated point that Brexit brought with it an end to the free movement of people – something of a problem for companies looking to recruit international talent.

“Representing an industry that relies heavily on the contribution of European workers, and already facing an acute labour shortage, it is disappointing for UKWA that the white paper appears somewhat vague on the UK’s post-Brexit immigration policy,” it said.“Whilst emphasising repeatedly that the free movement of people will come to an end, the white paper says the detail of a new immigration policy will be published in a separate paper later this year.”

The FTA has also picked up on the issue of European workers, suggesting that the paper needed to provide more clarity on the status of EU workers after Brexit.

“[W]ith more than 45,000 HGV drivers from [mainland] Europe currently working in the UK, loss of their working status would leave the industry severely exposed,” said Hookham. “The framework for the mobility of workers between the UK and EU needs more detailed explanation, to provide reassurance to employers and those relying on continuity of deliveries for the resilience of their own businesses.”

The impact of Brexit on the automotive supply chain will be under discussion at the Automotive Logistics UK summit, which takes place at Silverstone on October 9-10 this year.