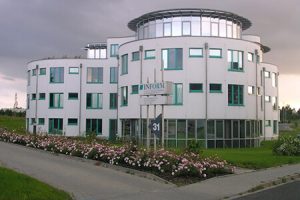 Bad experiences with new IT systems and budget constraints are hindering the introduction of more digitalisation in logistics for the automotive sector, according to a survey carried out by optimisation software expert, Inform.

“At least one in three [respondents] has had negative experiences with implementing an IT system in the past and is wary of new software solutions as a result,” suggested the survey of 100 automotive logistics providers.

Up to 60% of those who replied said financial factors, such as a restricted IT budget, had delayed IT updates.

The research showed 24% of respondents were working with software introduced more than 11 years ago, while more than 90% said there were limitations with the systems they used. Among the weaknesses identified were a lack of user-friendliness (cited by 47% of participants), system restrictions with data collection and evaluation (42%), and a lack of future viability (33%).

The survey also found that two-thirds of operators in the automotive sector still regarded barcodes as their preferred identification/goods tracking technology, with GPS telematics data claiming a 45% share. But 19% still do not use any form of technology for identification or tracking.

Despite this, 51% of respondents said they considered IT to be of key value in the marketplace, since it enabled them to stay one step ahead of their competitors.

Matthias Berlit, vice-president of Inform’s industrial logistics division, said: “These messages send out clear signals to software developers and IT support. Logistics experts recognise the importance of a good IT system but expect them to be better, more convenient and more user-friendly.

“The study clearly shows that the need for efficient IT provision in automotive logistics is far from being met. It makes one wonder that only 9% of those asked indicated they were completely satisfied with their system.”