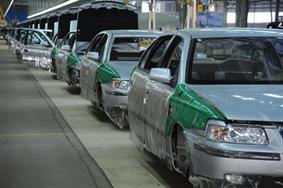 Last week’s official lifting of many international economic sanctions against Iran could mark a major step forward for both its domestic car producers and those international brands eager to make the most of pent up demand in the Iranian market. Carmakers and global shipping lines are among those companies who are already planning or exploring entries and business partnerships in Iran.

Since an agreement was reached last July to lift the nuclear-related sanctions there have been renewed production and export plans among a number of carmakers with historic links in the country, including PSA Peugeot-Citroën, Renault-Nissan and Daimler Trucks. There has also been interest from new contenders, including Audi.

With shipping among the sectors for which sanctions have also been lifting, major container lines are either resuming service or mulling calls to Iran. MSC ha  already resumed partial service through a third party, while Maersk, the world’s largest container shipping line, announced that it was considering a return.

The agreement in renewed trade links with Iran involves the US, UK, France, Germany, Russia and China and will see sanctions against Iran removed in exchange for closer monitoring and restraints on Iran’s nuclear programme.

Iran is a market of 80m people and has been the most significant automotive production and sales market in the Middle East. Light vehicle sales had reached 1.68m units in 2011 prior to the application of sanctions; light vehicle assembly, meanwhile, surpassed 1.6m units in the same year, according to figures from PwC Autofacts. Sales and assembly had fallen by nearly half by 2013 after the withdrawal in particular of French brands such as France’s Peugeot-Citroën and Renault. Volume has since recovered to above 1.3m units per year, with some of the gap filled by Chinese brands that have gained a stronger foothold in Iran since sanctions curtailed European exports.

Medium-term expectations are that Iran’s market could grow significantly. With a large amount of assembly done by local manufacturers from complete knockdown kits (CKD), the opportunities and volume for logistics is also expected to be large. However, the collapsed price of oil, which attributes for a large part of Iran’s economy, as well as other sanctions still in place by the US could limit the country’s growth.

Carmakers positioned for a return
This week Renault Nissan used the occasion of its 2015 world sales results presentation to reaffirm that Iran was a key market and that its ambitions included plans for a complete line up. “We are having talks with both our partners in Iran – Iran Khodro and Saipa – in order to do so,” confirmed a spokesperson for the carmaker.

Before the nuclear-related sanctions were imposed, Renault built Logan and Megane sedans in conjunction with carmakers Iran Khodro and Pars Khodro. It sold 103,000 vehicles there in 2012, but following its withdrawal had to write off the value of its business in Iran, which hit the company’s profits in the first half of 2013.

A spokesperson for PSA Peugeot-Citroën, meanwhile, reiterated the point that the company was an historic leader in the Iranian car market with the Peugeot brand and that discussions were once again underway.

“Negotiations are ongoing with various partners, including Iran Khodro, to create a joint venture to produce and market cars in Iran,” said the spokesperson for the company this week. “In addition, the group signed an agreement with a local partner for the distribution of the DS brand in Iran, with the opening of a DS store in Tehran before the end of Q1 2016.”

Iran was PSA’s second biggest market for CKD exports and it was the top carmaker in the country, selling 458,000 vehicles there in 2011. When the company’s automotive division recorded an operating loss more than €1.5 billion ($2.04 billion) for the year in its 2012 financial results, the suspension of sales of CKD kits to Iran was among the factors. Peugeot stopped supplying kit versions of its 206 and 405 models to Iran Khodro in 2012.

Last Autumn, Volkswagen Group said that it was conducting studies about a possible entry for the Volkswagen and Skoda brands to Iran. In the days since sanctions were officially lifted, its premium Audi brand has also thrown its hat into the ring. While it has yet to make a decision on its intentions for business in the country, Audi has been in discussions about possible exports to Iran.

“Audi will be monitoring the further development in Iran very closely,” a spokesperson for the company told Automotive Logistics. “Currently our company is in talks with interested potential investors in order to evaluate a possible import business to Iran.”

Daimler in demand
Daimler Trucks, meanwhile, has signed letters of intent with its local partners Iran Khodro Diesel (IKD) and the Mammut Group. It has plans to set up an office in Iran in the first quarter of this year.

The company said that the first Mercedes-Benz Actros and Axor trucks could be supplied to the country in the form of CKD kits before the end of the year. It is also aiming to resurrect the engine cooperation it had with Iranian Diesel Engine Manufacturing (IDEM) and to establish a sales joint venture. Daimler could once again become a shareholder in IDEM and both partners are looking at the set up of a joint venture for local sales of Mercedes-Benz commercial vehicles.

"Daimler commercial vehicles have always had an excellent reputation in Iran. And right now, there is a huge demand for commercial vehicles, especially trucks,” said Dr Wolfgang Bernhard, head of Daimler Trucks & Buses. “We plan to quickly resume our business activities in the market there. The signing of the letters of intent with our local partners IKD and Mammut Group are important pre-requisites to resume business quickly."

In a statement the company said that, in addition to the plans for Mercedes-Benz trucks, it also saw great opportunities for Mitsubishi FUSO – especially in the light-duty-truck segment.

Daimler first started selling vehicles in Iran in 1953 and since then business was only interrupted by the sanctions phase between 2010 and 2016.