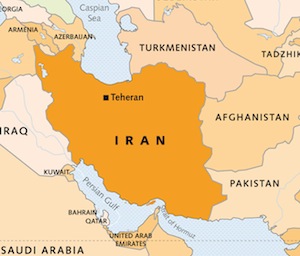 This week’s agreement to lift sanctions against Iran has immediately renewed production and export plans among a number of carmakers with historic links in the country, including PSA Peugeot-Citroën and Renault-Nissan.

The deal, which was signed in Vienna on Tuesday (July 14th), involves Iran, the US, UK, France, Germany, Russia and China and will see sanctions against Iran removed in exchange for closer monitoring and restraints on Iran’s nuclear programme.

Prior to the sanctions, Iran, a market of 80m people, was an important market for Peugeot and Renault in terms of complete knockdown (CKD) exports and local sales. The prospect of renewed business is a welcome source of revenue given the continued slow performance in certain European markets. However, they will now have to compete with Chinese brands that have gained a stronger foothold in Iran since sanctions curtailed European exports. Chery, which entered into a joint venture in 2007 with, Iran Khodro, a state-run carmaker, is a good example.

Nevertheless, soon after this week’s historic deal was announced PSA confirmed that it was in advanced talks with Iran Khodro, regarding a carmaking joint venture that would see Peugeot vehicles being built from scratch.

“The agreement signed in Vienna will lift international sanctions on Iran and should enable us to make significant progress in the discussions we are having there," said Jean-Christophe Quémard, PSA's Middle East Africa director, in a statement. "PSA is a historic player in Iran’s automotive market and we intend to set up a joint venture-based project that allows for technology transfers and local integration but also includes a plan to export products manufactured locally." He added that regular supply channels for spare parts would open up as financial relations resume.”

Peugeot stopped supplying kit versions of its 206 and 405 models to Iran Khodro in 2012.

Iran was PSA’s second biggest market for CKD exports and it was the top carmaker in the country, selling 458,000 vehicles there in 2011. When the company’s automotive division recorded an operating loss more than €1.5 billion ($2.04 billion) for the year in its 2012 financial results, the suspension of sales of CKD kits to Iran was among the factors.

Renault, meanwhile, built Logan and Megane sedans in conjunction with Tehran-based carmakers Iran Khodro and Pars Khodro. It sold 103,000 vehicles there in 2012 but following its withdrawal had to write off the value of its business in Iran, which hit the company’s profits in the first half of 2013.

Renault is also now in discussions for a renewal of supply to build the Logan model, locally sold as the Tondar.

Iran was also an important market for Kia Motors in terms of both CKD and finished vehicle exports. Prior to sanctions imposed by the South Korean government in 2010, it was exporting more than 4,000 vehicles to the country and more than 17,000 in CKD form for local assembly. Kia’s Pride hatchback accounted for between 30-40% of vehicles driven in Iran.

Other carmakers including the Volkswagen Group and Ford are also reported to be interested in Iran.

The agreement signed this week follows an accord signed in November 2013.