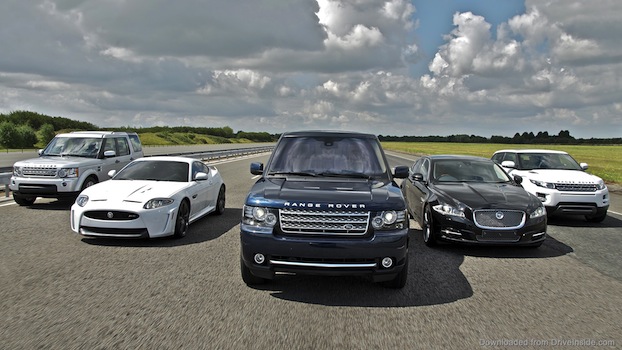 Jaguar Land Rover has announced the signing of a deal to examine the financial viability of building cars in the Middle East.

A letter of intent has been signed between JLR and the National Industrial Clusters Development Programme to determine the commercial viability of a new automotive facility in the country.

The carmaker, which currently produces the Range Rover Evoque and Land Rover Freelander2 models, is preparing to enter into discussion with Saudi Arabia over the possibility of setting up a manufacturing plant in the country, initially creating an updated version of the Land Rover Discovery.

The move follows a preliminary agreement between JLR and the Saudi Ministry of Commerce last year.

According to recent reports, JLR has already set aside up to £100m ($164m) to develop the site, which would be capable of producing an annual rate of 100,000 vehicles. The first cars to roll off production lines in Saudi Arabia would be built using UK components, but Saudi companies could, in the future, provide more parts.

Saudi Arabia’s aluminium supply would no doubt be tapped into by JLR, which increasingly uses the material to reduce the weight and therefore efficiency of its cars. Saudi Arabia is expected to invest in any new JLR facility as it bids to develop an automotive industry.

JLR is using the popularity of models like the new Jaguar F-Type sports car, Range Rover Sport, and Halewood’s Range Rover Evoque as a springboard for increased expansion around the world.

The news comes as the carmaker continues its efforts to expand its international reach. With 85% of its products being exported, it is currently in the process of building a similar plant to the proposed Saudi Arabia venture near Shanghai. This may be used as a blueprint for later acquisitions, and will be aimed at allying with Chinese carmaker Chery to support growth of JLR cars in China.

JLR representatives confirmed that a “detailed feasibility study” was currently underway to consider Saudi Arabia’s suitability for the production of new JLR models.