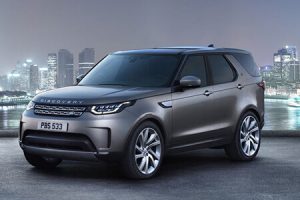 Jaguar Land Rover (JLR) has announced it will move assembly of the Land Rover Discovery from its Solihull plant in the UK’s West Midlands to its soon-to-be-opened plant in Nitra, Slovakia.

The move will mean job losses at the UK plant, as announced in April this year, but the carmaker said it would be investing in its UK facilities to bring in new models and technologies, and transform its line-up for the future, including in electric vehicles (EVs). It also said it would be recruiting large numbers of skilled workers to make them. From 2020, all new JLR vehicles will be available in electrified versions.

JLR did not comment on whether the move was part of a strategy to offset potential losses from the UK's decision to leave the EU. Instead, in a statement, the company – which is owned by Indian conglomerate Tata – said: “The decision to move the Land Rover Discovery to Slovakia and the potential losses of some agency employed staff in the UK is a tough one but forms part of our long-term manufacturing strategy as we transform our business globally.”

On the subject of investment in its UK plants, the company also said there would be a significant investment and technology upgrade in Solihull to accommodate next generation Land Rover models and that it would refit the Halewood plant for the next Evoque – “proof that we remain committed both to the UK and to transformation and growth”. The carmaker said it planned to spend around £4.5 billion ($6.03 billion) in the coming year on new product creation and capital expenditure.

When it first announced the founding of an assembly facility in Slovakia back in 2015, JLR said it had chosen Nitra in in part because the area was close to a strong supply base and had good logistics infrastructure. The £1 billion facility is being built with a 300,000-unit annual capacity and is close to a number of other major OEMs and a network of suppliers. The company is expected to make the Land Rover Defender at the plant.