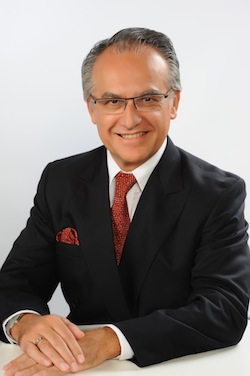 Erik Jonnaert has replaced Ivan Hodac as secretary general of the European Automobile Manufacturers’ Association (ACEA). Hodac, who has been leading ACEA in the role for the past 12 years, is retiring. The ACEA Board of Directors has asked Hodac to stay on as senior advisor to the ACEA Board, and to Jonnaert, until the end of the year.

Jonnaert is a long time public affairs and communications professional and joined ACEA in July, in preparation for his new appointment. He began his career with Linklaters, a law firm, in Brussels. He later joined Procter & Gamble, a consumer goods company, at which he spent more than 25 years in various leadership roles in Europe and Asia, where he was responsible for legal, public and regulatory affairs, as well as communications. He is a graduate of Harvard Law School.

Before joining ACEA, Hodac was senior vice-president and head of the Time Warner Europe office. His responsibilities included co-ordinating public and corporate affairs activities of all Time Warner operating divisions in Europe, and representing Time Warner corporate interests with EU institutions, international organisations and governments of EU Member States and other European countries.