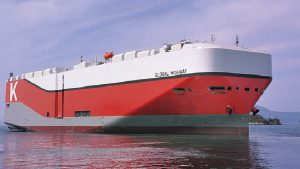 In a statement, the company said vehicle sales in Australia were currently strong and forecast to grow but that the market there was changing drastically as more vehicles were imported, rather than being produced locally.

That is because all of the major carmakers are pulling assembly out of the country. Ford closed its Broadmeadows plant in October this year while GM and Toyota will do the same next year, relying instead on imports from around the world.

The new ‘anti-clockwise’ service will provide two sailings a month between Laem Chabang in Thailand and the Australian ports of Fremantle, Adelaide and Melbourne. This supplements the existing service, which leaves Laem Chabang on a weekly basis calling at Townsville, Brisbane, Port Kembla, Melbourne, Adelaide and Fremantle.

“With this service enhancement, we will provide [the] shortest transit time to each Australian port with additional frequency and more sufficient [and] reliable carrying capacity,” said the company, adding that this would support increasing demand for transport as automotive imports to Australia grew.

Ford, GM, Toyota, Honda, Nissan, Mitsubishi and Mazda all now import to Australia and the trade link with Thailand has been strong ever since Australia signed a free trade deal with the country back in 2005 and lifted import tariffs on vehicles.