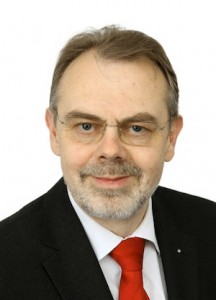 Dr Karl May (left) has taken up a new role at BMW as head of the carmaker’s internal logistics programme dealing with flexibility management and the re-engineering of the company’s planning and ordering process. His former role as head of vehicle distribution and VDCs has been taken over by Dr Ulrich Wieland.

May had been in his previous role since the February 2013 following BMW’s reorganisation of its logistics department. Prior to that he led the development of a centralised inbound logistics structure that brought greater flexibility and faster reaction times to the carmaker's inbound flows.

He will now lead a project to redesign the company’s order-to-delivery organisation, which will replace the current customer-oriented sales and production process (KOVP).

“Almost 20 years after our KOVP programme and rapid growth of our company we are now redesigning our order-to-delivery process and the underlying IT systems to fit the requirements of the future,” Dr May told Automotive Logistics. “We will increase process stability as well as flexibility for dealers and customers significantly and thereby lift our order-to-delivery process to a new level within the next years.”

Dr Wieland moves over from his role as head of operations in Europe at the Duisburg-based steel and metal products distributor, Klöckner & Co SE. Prior to that he was executive director logistics at now defunct contract automotive manufacturer Karmann.