As extreme weather continues to disrupt production, Mark Morley (left) writes that manufacturers need to take a closer look at how they are protecting their supply chains both physically and digitally.

The current flooding crisis gripping much of the UK highlights how vulnerable global supply chain and transport networks are to disruption.

Globalisation has helped to fuel trade, consumption and economic growth, but also means events such as natural disasters and extreme weather have even more widespread economic consequences, including for the automotive supply chain. As if the rain and winds weren't enough, snow and extreme cold have even been disrupting car production in unexpected places, including the US south and Japan.

A recent history of disaster

UK floods (2013-2014) – The highest rainfall levels since 1910 have led to prolonged flooding across the country. Businesses have been severely impacted, and there has been substantial disruption to road and rail infrastructure. Some analysts have predicted costs of more than £1 billion ($1.66 billion) to the UK economy.

European floods (2013) – Significant rainfall in Eastern Europe had a major impact on manufacturing companies last year. Porsche was forced to temporarily close its factory in Germany after floods in the Czech Republic halted the supply of Cayenne bodies by rail from the Volkswagen plant where they are built in Bratislava, Slovakia.

Superstorm Sandy (2012) – This storm was the deadliest to hit the north-eastern coast of the United States, causing over $68 billion in damage to buildings and infrastructure, including ports and rail lines. It prompted the worst fuel shortages in North America since the 1970s.

Japanese tsunami (2011) – The tsunami brought long-term disruption to global supply chains, particularly in automotive, with production at many factories suspended as a result of flooding. 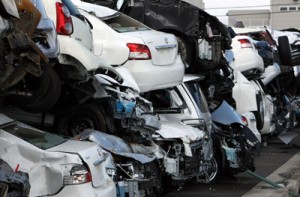 Thailand Floods (2011) – Hi-tech supply and automotive supply chains were severely impacted by the floods in Thailand, which led to a shortage of key components within the computer industry. Over 1,000 factories were affected and subsequent insurance claims reached $20 billion.

Looking out further, the risks go beyond the operational into the digital space as well, where so much supply chain information is exchanged.

Research conducted by Accenture showed significant continuity issues can cut the share price of a company affected by supply chain disruption by 7% on average. Alongside the increasing impact of natural disasters in recent years, the past 24 months has seen a substantial shift in the main causes of disruption, with extreme weather now the second most common cause. This demonstrates the need for supply chain directors to shift their focus from reactive to proactive risk management.

In light of these devastating consequences, it is in each country’s interest to ensure that they are prepared when disaster strikes. Increasing supply chain resilience was one of the key themes at last year’s World Economic Forum, and building this should be on every CEO’s agenda, especially if they operate a truly global supply chain.

But what exactly is resilience? The Accenture report defines it as “the ability of a system to return to its original or desired state after being disturbed.”

Consequently, with resilience now a top priority for supply chain directors, various operational based changes have been implemented to try and remove the potential for risk. Examples include:

Near shoring – also referred to as ‘reverse globalisation’, the term is used to describe a way of shortening logistics networks. Rises in wages in China and an increase in natural disasters have led many companies to consider relocating manufacturing capacity back to their home market. For example, Caterpillar moved production of its small bobcat excavator from Japan back to North America.

Establish a global plant floor – this is a term coined by the analyst firm IDC, and describes how manufacturers are spreading production capacity to differing plants around the world. Therefore, if disaster strikes again and a manufacturing plant is taken offline, they can switch to an alternative to maintain production capacity. For automotive, this is also referred to as ‘co-location’ of production for vehicle models.

Concerns also remain in relation to oil dependencies and increasing insurance and trade finance costs. This added to the impacts of natural disasters means more than 80% of companies are now worried about supply chain resilience. Subsequently, risk management must be an explicit but integral part of supply chain governance. Accenture’s own recommendations include establishing a multi-stakeholder supply chain risk assessment process, the creation of global resilience standards and expanding the use of data sharing platforms for risk identification and responses.

So far I have only covered risk management across the physical supply chain. As more traditional supply chains evolve into the digital market however, effective risk management will also need to include these areas. As information is increasingly transmitted digitally, there is also a greater chance of cyber risks disrupting supply chains. [sam_ad id=6 codes='true']
Therefore, in addition to introducing operational-based changes, supply chain directors should likewise look to improve their information and communication technology (ICT) infrastructures. If configured correctly, such technology would provide significant resilience gains, according to Accenture.

The corner stone of IT-based resilience is data and information sharing. Business continuity is enabled through access to real time data, followed by rapid dissemination of data-driven supply chain fixes. However, information-sharing infrastructures depend on a resilient core network, appropriate communication tools and an element of redundancy.

Combined, this requires an ICT infrastructure that is flexible, scalable, secure and re-routable.

Mark Morley is director of industry marketing for manufacturing at GXS.