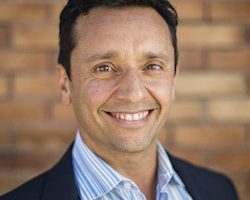 Jonathan Kessler (pictured) has stepped down from his role as CEO of Cargomatic, the on-demand shipping platform that matches truckers and shippers which he co-founded with its president, Brett Parker. He remains with the company in the new role of chief product officer, however, and also remains on the board.

“It is common in the maturation of a fast-growth technology company to have the visionary founder move into a new role,” Parker told Automotive Logistics. “The change does not affect our continued expansion and our prospects have never been more positive. With the backing of Canaan Partners, the recent addition of seasoned logistics executives and an increased focus on enterprise sales, we are poised for growth in 2016 and beyond.”

The Cargomatic online platform was founded in early 2014 to provide technology that matches shippers with spare short-haul and less-than-truckload capacity in Southern California, much in the same way that Uber operates. It has since grown into other regions, including San Francisco and New York.

Kessler is also the CEO of Hand Eye Technologies, which specialises in creating mobile and social apps for the iPhone, Symbian, Android and Blackberry operating systems.