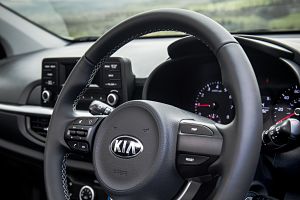 Kia Motors has confirmed the signing of a memorandum of understanding (MOU) with the State Government of Andhra Pradesh, India to build its first manufacturing facility in the country.

“We are delighted to announce that Kia’s newest manufacturing facility will be here in Andhra Pradesh,” said Han-Woo Park, president of Kia Motors at the signing ceremony.

Construction of the $1.1 billion facility, in the Anantapur District, will start in the final quarter of 2017. It is expected to start making cars in the second half of 2019 and produce up to 300,000 units a year.

The confirmation follows a report last week in The India Times, which said that the South Korean carmaker had chosen a location in India’s Andhra Pradesh State for its first manufacturing plant.

Kia’s vice-chairman Lee Hyong-keun also told reporters at the recent Shanghai Auto Show that an announcement on an Indian plant was expected soon.

At the signing ceremony, Han-Woo Park, said the establishment of a manufacturing facility in the country would enable Kia to sell vehicles in the world's fifth largest car market, while providing greater flexibility for its global business.

"Worldwide demand for Kia cars is growing and this is our latest step towards becoming a leading global car manufacturer,” he added.