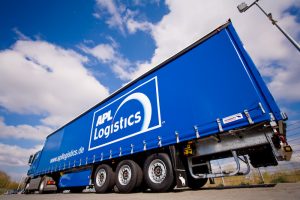 Kintetsu World Express has completed its purchase of APL Logistics from its parent company Neptune Orient Lines (NOL) for $1.2 billion. As reported in February this year the Japanese freight forwarder said the decision was based on its management priority to compete on a par with European and US competitors in the global market. The announcement, which followed earlier reports in August last year, was subject approval by the relevant competition authorities, which has now been completed.

A third of APL Logistics business is dedicated to the automotive industry and it counts some of the world’s biggest carmakers and tier ones amongst its customers, including Ford, GM, Renault-Nissan, Toyota, American Axle and Lear. The company provides services from managing the inbound flow of parts and materials into assembly plants, to the distribution of finished vehicles. It also provides services for aftermarket parts movements.

Back in February a spokesperson for NOL said the buyout would provide APL Logistics with the opportunity to expand its business with the strong backing Kintetsu could provide. He also said the move would free NOL up to develop its liner business and bring in revenue to improve its finances.