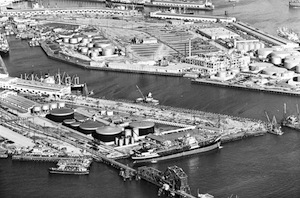 Shipping providers operating in the port of Los Angeles have been told to expect the resignation of its executive director, Dr Geraldine Knatz, in November. She has been in the role for the past eight years but recently-elected mayor of LA, Eric Garcetti, has asked a number of the city’s top managers to reapply for their jobs.

Although an official statement is yet to be released, Garcetti said that reshuffles in higher-up positions tended to be more difficult but that he expected “a smooth transition” for Knatz’s successor. Gary Lee Moore, LA’s city engineer, will act as an interim manager for the port until a permanent replacement is found.

Knatz’s resignation comes at a challenging time for the port. One issue currently in contention is a dispute with Long Beach over a much-debated rail yard project, which the new director will be expected to manage with the mayor. By 2020, the port of Long Beach expects its share of container traffic to increase 500%. The Pier B Rail Yard is set to be the most important aspect of the rail master plan, and will serve as its primary railcar storage and staging facility.

Some of the key projects identified within the expansion include constructing around 80,000 feet of track, as well as designing other yard infrastructure and a potential near dock intermodal container transfer facility (ICTF).

Both LA and Long Beach ports have been facing competition from adjacent ports on the West Coast but there is also the added pressure of eastern ports attempting to consolidate their positions ahead of the Panama Canal.