Japanese metal products manufacturer Kobelco is adopting a new strategy as it seeks to keep its automotive parts supply chain as quick and slick as possible... 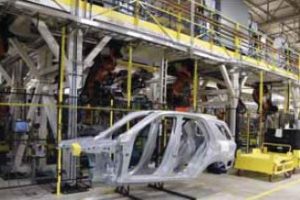 Japanese industrial group Kobelco is ‘moving abroad’ along with its carmaker and other customers by increasingly investing overseas, cutting time and cost out of the delivery of its products.

The company, which manufactures metal products for automotive manufacturing as well as construction, welding and electronics, currently has around ¥41.3 billion ($405m) worth of capital expenditure projects underway outside its home country. The roll call includes plants producing suspension parts, nuts, bearings, body panels and tyre-making equipment.

The investments are part of an effort to further expand and localise its supply chain. “By having production bases in overseas locations, we are able to deliver products to our customers faster, a plus for manufacturers on tight schedules,” Kobelco spokesman Gary Tsuchida tells Automotive Logistics. “With local production in place, distances to customers have been shortened considerably. Trucks can be used to deliver products, which reduces delivery time and shipping costs,” he added.

The company has already been turning more to third party logistics providers in addition to its internal resources. In Japan, the Kobelco Logistics subsidiary runs a fleet of ships for coastal shipping and trucks for land transport. Third-party services are employed when Kobelco Logistics cannot cover a particular transport need. “In our overseas operations, trucks are the main mode used to transport products to customers,” says Tsuchida. “Some group companies, in China for example, have their own trucks to deliver products to customers located nearby. When longer distances are involved, third-party services are used. In some cases, delivery is conducted entirely by third-party services.”

There is also the gain that deliveries can be more frequent, an important consideration given automotive’s just-in-time manufacturing strategy, because Kobelco’s customers don’t have to fit in with shipping companies’ schedules or wait for a vessel to arrive after several days of sailing.

Tsuchida also points to other benefits for the local and regional economy, including the scope for companies to increase their local procurement rate of parts and materials. A foreign plant, meanwhile, can competitively price products in the markets it serves, not least as a result of eliminating or reducing exchange rate fluctuations.

As any business development chief will confirm, there’s a lot more to setting up an operation overseas than an architectural plan, access to the necessary capital, a piece of land and planning permission. It also requires the securing of a skilled local labour force and an understanding of cultural differences and varying regulations, including maximum vehicle weight and dimension restrictions.

According to Tsuchida, companies like Kobelco need to rely on local partners – whether in joint ventures or distribution partners – to establish local logistics and supply chain processes.

"By having production bases in overseas locations, we are able to deliver products to our customers faster, a plus for manufacturers on tight schedules. Distances to customers have been shortened considerably." - Gary Tsuchida, Kobelco

A journey around the globeUltimately, the drive for a company like Kobelco to expand abroad springs from the migration of the group’s customers, including Japan’s far travelled carmakers and tier suppliers.

An example in the automotive field is Kobelco’s joint venture with Angang Steel in Anshan, northeast China. The business began sample production in February of its cold-rolled, high-strength steel to be used in body panels. Annual production capacity is 600,000 tonnes of sheet steel.

Finally, Kobelco began selling tyre and rubber machinery at Qingdao in Shandong province, east China, in April through subsidiary Kobelco Machinery System Engineering Qingdao for use in the manufacture of tyres for cars, construction equipment and other rubber products.

In south-east Asia, Kobe Steel has formed a joint venture with Bangkok-headquartered Millcon Steel to produce 480,000 tonnes per year of wire rod at Rayong, Thailand, which will mainly be used for wire in auto parts. Kobelco Millcon Steel plans to sell the special steel wire rod to customers in the automotive sector including two Kobelco Group companies: Kobe CH Wire (Thailand), which processes wire rod into wire for fastener manufacturers in the country; and Mahajak Kyodo, also in Thailand, which makes cold-finished steel bar used in automotive suspension springs.

Though Kobelco Millicon Steel will mainly supply customers in Thailand, it will also sell to auto part manufacturers elsewhere in ASEAN if orders are placed. “We do not anticipate activity outside of the region,” Tsuchida says. 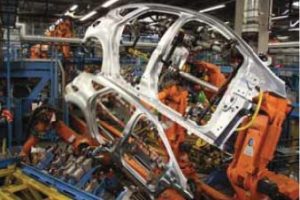 In the US at Leipsic, Ohio, the Pro-Tec Coating Company, a Kobelco joint venture with US Steel, has nearly completed obtaining approval from carmakers for the high-strength steel produced via an annealing line which began rolling in 2013. The line’s capacity is 500,000 short tons per year.

In Kentucky, Kobe Aluminum Automotive Products (KAAP)’s joint venture is expanding its Bowling Green production plant to meet growing demand in North America for aluminium-forged suspension products. Production capacity will be increased to 750,000 pieces per month from the current 420,000. Capital expenditure is put at $56.6m and start-up is anticipated in the second quarter of 2017.

Across the street in Bowling Green, the group is setting up Kobelco Aluminum Products & Extrusions (KPEX) to make aluminium extrusions and then shape them into bumper and car frame material for the automotive sector in the US. Construction of the $46.7m plant is due to begin later this year. The melting and casting lines, extrusion press and two bumper fabrication lines combined will be able to produce about 500 metric tonnes per month when fully operational. To cover the gap before the upstream part of the plant becomes operational, aluminium extrusions will be shipped from the group’s Chofu works in Japan to enable fabrication to go ahead in the US.

Across the border in Mexico, another Kobelco joint venture is slated to start commercial output later this year. Kobelco CH Wire Mexicana will produce steel wire for use by automotive parts manufacturers to make fasteners and cold-forged products. The nameplate production capacity is 40,000 short tons per year.

A no less global supply chain Though foreign expansion may speed up delivery to the group’s automotive customers, it does lengthen the supply chain of feedstock produced by Kobe Steel for the wire rod and downstream products. “However, it ensures that our overseas operations have access to material of known composition and quality,” says Tsuchida. “This enables our overseas companies to produce products of the same quality that is available in Japan.” But local sources of feedstock are used when available, such as aluminium ingot within the US for KAAP’s forgings for suspension systems.

At Kobelco’s Kobe headquarters in central Japan, executives’ attention is turning to fleshing out a new five-year business plan through to March 2021 and made public in outline form early April. The group says it is prepared to spend up to ¥100 billion ($980m) on manufacturing facilities in Japan, which it describes as the source of its competitive edge. 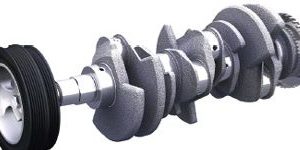 The group argues that its past and current foreign investments feed into the five-year plan by having improved the global supply chain for the automotive sector, so providing the chance to increase consumption of Kobelco’s processed materials. These include steel powder used for magnetic applications in vehicles, aluminium forgings for automotive suspensions and aluminium for vehicle panels, supplied from its Moka plant in Japan and Kobelco Automotive Aluminum Rolled Products.

Highlighting what it sees as a trend for the future, Kobelco says it believes demand for aluminium body panels will continue to grow inside and outside Japan in the years to come.