Koopman Logistics teams up with VWE on Dutch imports 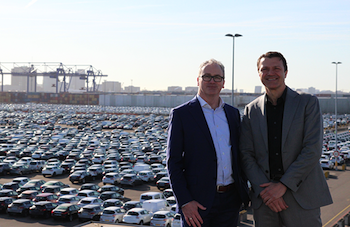 Koopman Logistics Group has formed a joint venture with fellow Dutch company VWE to handle the import of vehicles to The Netherlands.

The joint venture, Auto Import Solutions, is providing vehicle handling and storage for imported vehicles as well as management of all the financial and administrative documentation involved.

Koopman is an integrated logistics provider to the automotive sector in northwest Europe and provides transport, terminal and warehousing services. VWE offers compliance services that meet the requirements of the Dutch Department of Road Transport (RDW), providing online services to customers including car companies, importers, leasing firms and insurers.

According to Koopman, the venture was established to meet an increase in demand for services as new and used vehicle imports to The Netherlands grow, both from Germany and elsewhere in Europe. Koopman said that those imports usually involved several channels but that Auto Import Solutions could now offer to manage the entire import process.

Lou Jedeloo, director international business at Koopman, said the joint venture would soon be able to handle large volumes of vehicles. “By joining the forces of VWE and Koopman in Auto Import Solutions, a professional team of specialists [has been] created for the import of new and nearly new passenger cars,” he said.

Michel Corveleijn, director of international business development at VWE, added that the service was for any company supplying vehicles, including dealers and leasors. That included smaller companies who may be importing only a few vehicles as well as those with larger volumes, he stressed.

“We are always aware of the current laws and regulations and have all the resources in-house to control the administrative process relating to the import of vehicles,” he added.

Auto Import Solutions will deliver imported vehicles directly to dealerships or point of sale and issue the customer with an invoice, but the customer will only pay the BPM (private vehicle and motorcycle) tax once the car has been sold.