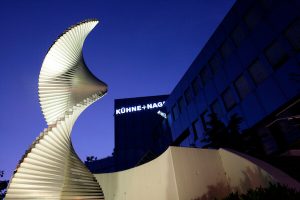 Kuehne + Nagel has agreed to create a new joint venture with Chinese firm Sincero that will provide contract logistics services to the automotive sector there. KN will take a majority stake in the new company.

Kuehne + Nagel said the move would increase its automotive logistics business for Chinese OEMs and tier one suppliers by 70%, though it would not provide further details of how many customers it currently had in China or who exactly they were.

The company did say it had developed a strong automotive footprint in China by organically expanding its partnerships with premium European brands, including its recently opened dealer distribution centres in Beijing and Shanghai for BMW. The company is moving parts to 340 dealers in north, central and eastern China by road and air, supported by its Oracle transport management system.

Jiang Jun, Sincero’s chairman, said establishing the joint venture with Kuehne + Nagel was a strategic move to comply with “the irreversible globalisation trend of economics and competitive landscape of the automotive logistics industry”. He said the joint venture would complement each company’s strength in terms of global network and local expertise.

Last year, Kuehne + Nagel announced it was expanding its Eurasia Express rail service to take shipments between China, South Korea and other Southeast Asian countries into Europe in a move driven by the automotive sector.