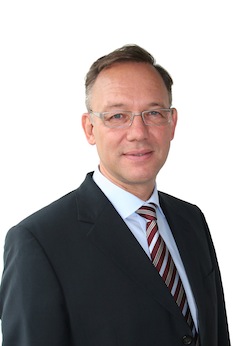 Logistics provider Kuehne + Nagel is dividing the organisation of its business in Europe into two separate regional units from October this year: Western Europe and Central/Eastern Europe.

Detlef Trefzger, the company’s CEO (left), said in a statement that the move would enable the company to manage its business in Europe with a greater focus. The company said it had no further detail to add on how exactly this regional strategy would “best exploit business opportunities in the European markets,” or improve services for its customers.

The region designated under Western Europe will be run from headquarters in Amsterdam, Netherlands, and will be headed by Peter Winther. He will move from his role at Kuehne + Nagel as head of the Middle East/Africa region, and be replaced by Erwin Wittemaier, who is currently president of Kuehne + Nagel Eastern Europe.

To lead the new Central/Eastern Europe regional division, the logistics provider is appointing Dr Hans-Jörg Rodi, formerly CEO of the Central Europe region at DB Schenker Logistics, who more recently has been handling the transformation of the German company’s own restructuring process since February this year.