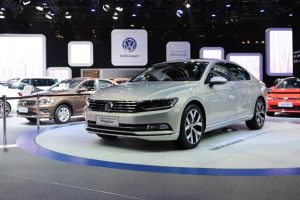 According to KN, the new contract will use a sophisticated IT solution to address VW-FAW’s requirements for improved efficiency of its operations.

Deliveries are made to the plant from 149 automotive engine part suppliers nationwide.

The KN service will include the use of dynamic planning to ensure cost optimisation while managing multi-leg journeys, line hauls and reverse movement, said KN in a statement.

The WeChat app will allow a mobile phone to scan a custom QR code to indicate a change in shipment status, automatically triggering an update in the order management system.

The Dalian engine plant was completed and put into production in 2007. Volkswagen and FAW later commissioned the Changchun plant in northeast China during August 2013 with a capacity of 300,000 engines a year, rising to 450,000 a year in a later phase.