Last mile: Benefits on board 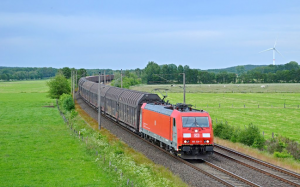 A pilot study involving the rail shipment of components to Volvo Cars’ Gothenburg assembly plant has shown the benefits of a significant increase in the use of RFID for freight rail in Sweden. However, it could well point the way to a broader adoption of track-and-trace capabilities within rail-based automotive supply chains for both inbound to factory, and outbound finished vehicle distribution.

The study, which began in 2010, shows how it has been possible to overcome one of the thorniest problems facing any track-and-trace initiative; namely, that those investing in such measures are not necessarily those who will benefit from it.

In this case, the automotive track-and-trace capability leverages – and is a by-product of – an investment in track-side RFID readers that the Swedish Transport Administration has undertaken in part to be able to invoice rail wagon owners according to actual track and infrastructure usage.

For the automotive sector, the proof-of-concept study covers the shipment of vehicle bodies and body components built at the carmaker’s Olofström plant, in southern Sweden, to Volvo Cars’ Gothenburg plant. Five days a week, two trains a day leave Olofström bound for Gothenburg, with each train made up of 26 wagons, each holding three containers (the route is part of a wider service, called ‘Train 8’, that connects a number of Volvo Cars and Volvo Truck plants in Sweden and Belgium). With only a 13-hour ‘buffer’ of inventory ahead of assembly, delayed trains, or those not promptly processed on arrival at Gothenburg, can result in interruptions in vehicle production.

Traditionally, train progress has been tracked through e-mails and faxes. Now, RFID has taken over. Trackside RFID readers, installed and operated by the Swedish Transport Administration, capture the passage of wagons operated by a variety of rail transport operating companies. But the same readers can also scan RFID tags attached to containers by their owners (in this case Sweden’s national freight train operator, Green Cargo) as well as tags attached to racks by Volvo itself.

The government authority, the carmaker, the third party logistics provider and the rail transport operator all share hardware, software, and RFID data to track and trace different parts of the supply chain for different purposes. Each uses a part of this collaboratively collected and shared data for its own operations.

Following the success of the initial pilot study, which involved just two RFID readers, the granularity of the system has been significantly enhanced, with some 500 readers in place and growing across the Swedish network. Some of these are in Volvo Cars’ own loading and unloading yards, automatically triggering the production of documentation when trains reach a certain point.

There is incomplete trackside visibility into the trains’ progress as they travel out of Sweden to Volvo’s other car assembly plant in Ghent, Belgium, and move through several European countries that lack the RFID readers (gaps in rail identification standards are another issue). However, Volvo has installed RFID readers at the yards in Ghent, triggering the same efficiency improvements there.

Overall, the project has shown the potential for cutting documentation costs, eliminating manual errors and achieving far greater visibility during a train’s progress. Moreover, without collaboration, it is hard to see how some individual participants could have achieved anything like it on their own.

The system is also capable of straightforward expansion, such as into returnable containers, or even finished vehicles. Further research, taking place in parallel at the UK’s Cranfield University School of Management as well as in Sweden, is currently exploring such developments.

Even before wider application, the broad lessons of the study so far are already clear. First, the potential full-scale implementation of RFID readers and detectors across Europe and beyond would provide a foundation on which to deliver track-and-trace capabilities that are not currently possible.

Second, the current lack of an updated and established standard for both rail vehicle identification and information sharing throughout the railway industry in Europe is the main barrier to further system implementation.

Third, creating a collaborative track-and-trace system is not an easy task and requires shared perspectives and acceptance of pooled interests as the first enabler. Such an approach would be absolutely necessary for the automotive supply chain, but the potential benefits could be very interesting.

Dr Vahid Mirzabeiki is a senior research fellow in the Supply Chain Research Centre at the Cranfield School of Management.