Leader in the finished vehicle sector, Helmut Altmann, dies at 78 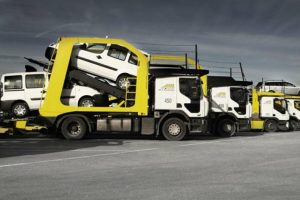 “It is with deepest grief that we have to announce that on Sunday, September 11th 2016, Helmut Altmann, founder of our company ARS Altmann, passed away after a short, severe illness,” said the company in a statement.

Altmann was born in Munich, Germany in 1938 and founded ARS Altmann there in 1975, later moving the headquarters to Wolznach. Starting with road equipment and later adding its private rail undertaking, ARS Altmann now claims to be the biggest private intermodal company in the finished vehicle sector.

The company said that according to Altmann’s wish, there would be no official public funeral or ceremony. It added that condolences should be addressed to its official address in written form.

“Everybody who knew Helmut Altmann is aware of the fact that he was not a man of great words and that it will be extremely hard for us to satisfy his demand,” said the company in a statement.

“We at ARS Altmann will try to give our best following his life motto – fortes fortuna adiuvat [fortune favours the brave]. This is certainly the way to show our highest respect for him.”