Limited damage to vehicles after surprise hailstorm in Valencia 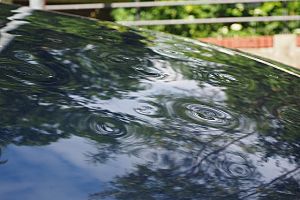 An unexpected hailstorm on the last weekend of November in Valencia seems to have caused limited damage to finished vehicles at the Spanish port.

“We’re handling 1,500 to 2,000 vehicles at the moment, but we know of other OEMs with losses that we’re not dealing with,” one insurer told Automotive Logistics.

Ford, which operates the Almussafes plant nearby and uses Valencia as one of its main European hubs, said it had managed to avoid any damage to its facilities or vehicles.

“There was no damage done to any vehicles or facilities in Valencia due to the recent storm,” confirmed a spokesman to Automotive Logistics.

Fiat Chrysler (FCA) pointed out that the hailstorm had affected only part of the port.

“As for our cars, damages were limited compared to what can happen in this kind of situation,” said an FCA spokesman. “We are making checks on cars to [evaluate] the extent of the damage and the exact number of affected vehicles.” FCA had approximately 1,000 vehicles parked on site at the time, he added.

A spokesperson for Daimler said: “The port of Valencia is only used to a small extent by Daimler for Mercedes-Benz vehicle exports. Consequently there was no significant damage to our vehicles.”

A spokesperson for Toyota, meanwhile, told us its hub in Sagunto, around 30km north of Valencia, had not been affected.

The unseasonal stormy weather in Spain seems to have been less severe than the adverse weather conditions that hit the US state of Texas during April, which caused widespread damage to vehicles at dealerships in the Dallas/Fort Worth and San Antonio areas.

A recent study into hail damage in the automotive sector by a former Ford executive, Dr Hans-Bert Bong, estimates that vehicles to the value of €30 billion ($31.8 billion) are potentially at risk from weather-related damage in the EU sector alone.

Firms generally turn to hail damage repair companies to manage the problem, which will fix any problems on site. Plants like Audi’s new facility at San José Chiapa in Mexico and Volkswagen’s factory in Tennessee, however, use hail nets to prevent damage.

Shipping and terminal operator Grimaldi Group has just reaffirmed a commitment to build a vertical storage facility at its terminal at Valencia port.

Mario Massarotti, MD of the group’s Spanish operation, said the new facility was required to improve the quality of service it offered in the port, based on increased imports of finished vehicles by Fiat and exports by Ford.