Logistics experts say it's time to pack in waste

Ask anyone in the logistics industry what is the most wasteful part of the business and seven out of ten people will tell you its shipping air. Ask them what the root cause is and ten people will tell you something different. However, there was agreement at this week’s Automotive Logistics Global conference in Detroit that getting it right with packaging was a good place to start. 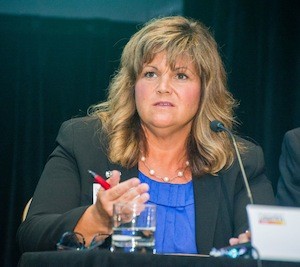 Drew Merrill, vice president and general manager at packaging and pooling provider, Chep, emphasized that poor and mismanaged packaging was a cause of great waste in the automotive logistics sector. Part of the problem was that it was a hidden waste, with disparate parties involved through the supply chain mutually unaware of where the waste was happening because of a lack of communication. Merrill put some figures on it to bring it into focus stating that if 2% of the price of a car costing $23,000 accounted for packaging, then that was $260 per car. Taking high volumes into account that could cost a company billions. He also said that when it came to cardboard packaging around 80% of the costs associated were in addition to the visible budget. Spending $200,000 on the purchase of that packaging was only one fifth of the overall cost.

A number of things need to be taken into account in the supply chain when deciding on the packaging used to avoid this unnecessary cost, including the type of part, the value of that part, its weight and its lineside presentation to name a few. The point was to take a part-centered view of packaging according to Merrill.

Renee Wawrzynski, director of global logistics planning at GM, agreed it was an area that needed constant attention. With logistics costs now being considered at the top executive level at GM, that is exactly what it was getting she said. While the company was making every effort to look at better cube and pack density, and making use of the most efficient routes and modes, she said that timely and efficient return of containers and racking was a particular area that needed improvement.

“You talk about shipping parts and a great job is done,” noted Wawrzynski. “But we are not focused on getting the containers back to the suppliers. We own the containers and pay the costs. The challenge is we don’t have an engineered return transit time.”

This was down to the approach taken by providers handling the containers, with some handling it well while others did not. “We find that trailers are sitting in yards with empty containers and we don’t have visibility on this,” complained Wawrzynski.

A delay of one day is costly if you have factored in a total of two for the return of a container. That is because with a time allocated cut in half GM has then to expedite the containers at a higher cost. That or the supplier has to, for which GM also pays.

“If that day is taken out permanently then we have to buy more containers,” added Wawrzynski. “One day’s worth of containers is tens of thousands of dollars in cost.” She said GM was not alone in facing these costs and appealed to those at the conference to work together to eliminate the waste.

However, one of the big problems in eliminating waste is dealing with a legacy of complacence and a slowness in bringing change to the traditional ways packaging was previously handled. That was summed straightforwardly up by Rodney Salmon, vice president of sales for EMEA at Macro Plastics, who asked, “why does it take you so damn long to effect change?”

Wawrzynski said GM had long been aware of it but had not previously had the platform at a senior level. Now she said senior leaders were paying attention and asking more questions of each internal group involved about their contribution to reducing cost in this area.

Reducing costs in other areas has also revealed just how much waste there has been in the neglected area of packaging according to John Begg, director of logistics and trade compliance at component supplier, Magna Powertrain.

“We have driven cost out of other areas and revealed the cost in the supply chain and logistics aspect,” said Begg. “There is now visibility on what needs to be improved here.”

Begg also said it took ‘a changing of the guard’ and some new thinking to bring about change.

“You operate in a certain manner for so many years, getting product from A to B,” he said. “You need the people supporting the programme but you also need the innovators and thinkers.”

The use of RFID was flagged up as a way toward applying a standard tracking system at the tier level in the tracing of containers but Wawrzynski said that passive tags were only accurate to the point of where the part being transported was last scanned. She said the technology was a big cost but that it did not provide real visibility in transit. GM was looking for something better that was also economical. Wawrzynski revealed that GM was trialing “some very expensive technology” in specific areas where there has been a lot of waste but she said the way forward would be to work with logistics providers that already tracked their trailers and combine information to get closer to true visibility.