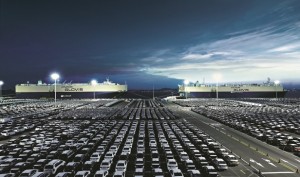 Hyundai Glovis, which provides services for Kia and Hyundai, has recognised its finished vehicle transport providers in North America for services with this year’s Club Elite awards. Glovis said it based the selection on results in transit performance, damage prevention and customer services.

Proficient Auto Transport has had a long relationship with Glovis and it is not the first award the company has received, as its president and CEO, Kirk Williams made clear.

“Proficient has been fortunate to have a long partnership with Glovis having previously been awarded Vendor of the Year,” said Williams. “In fact, Glovis was Proficient’s first contracted customer. That long history together and mutual admiration between our companies makes this award even more special. We look forward to many more years of strong partnership with Glovis.”