Logistics to play important role in Renault-Nissan control of AvtoVaz 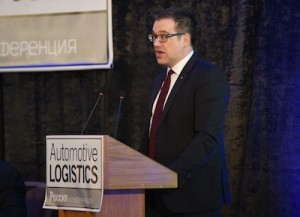 Renault-Nissan has completed a deal to take full control of Russian carmaker AvtoVAZ, which makes the Lada brand of passenger vehicles, in a deal worth $742m.

Renault initially paid around $1 billion for 25% in AvtoVaz back in 2008 and agreed to take majority ownership of the Russian carmaker in December 2012.

The Alliance now has a controlling 74.5% stake in AvtoVaz through its purchase of a 67.1% stake in Russian carmaker’s holding company – Russian state technology conglomerate Rostec. The joint venture is called Alliance Rostec Auto BV, and Rostec retains the remaining shares in AvtoVaz.

Renault-Nissan Alliance said there was no official statement other than to confirm it had taken the stake in Alliance Rostec Auto BV as announced two years ago and that the deal was closed on June 18th.

However, speaking at last week’s Automotive Logistics Russia conference in Moscow, Erik Barenthein, director of AvtoVaz, acknowledged that logistics and supply chain would have an important part to play in the Russian carmaker’s transformation.

Avtovaz plans to improve its payment terms to suppliers and partners, improve its warranties and spare part distribution and switch its production to a customer-order based ‘pull’ system to avoid overproduction. The carmaker is also planning ten launches or redesign of vehicles over the next 4-5 years.

While the immediate focus will be on reversing Avtovaz’s losses and arresting its decline, the carmaker has ambitious growth plans, including to gain 20% market share (it is under 17% today), increase exports by 50%, have a 6% profit margin and to transform its brand image.

That transformation also includes the loss of 7,500 jobs, equal to 11% of the workforce and mainly in the manufacturing part of the business.

Barenthein, was previously director at rival Russian vehicle maker Gaz but, like Bo Andersson, moved over to AvtoVaz and will now be helping to lead a similar turnaround.

Barenthein also hinted that there would be much closer collaboration between Avtovaz and its alliance partners, in so far the Russian OEM has run separate purchasing, supply chain and logistics operations to Renault Nissan. It has also had separate contract terms and standards, something Barenthein recognised was inefficient.

“We will leverage the Renault Nissan alliance 100%,” he said. “We will unify contracts and we want more global contracts across the brands.”

In October last year the two carmakers announced the establishment of a common purchasing organisation in Russia modelled on the Renault-Nissan Purchasing Organization (RNPO). That agreement had a defined scope of purchasing for Renault, Nissan and AvtoVaz joint activities related to industrial equipment, powertrains and vehicles based on common platforms.

Common Purchasing Organization LLC was set up under the leadership of Daniel Perry with the remit to communicate a common position to suppliers on quality, costs and delivery deadlines, as well as develop relations with suppliers in order to increase parts localisation in Russia. The aim was to attract global companies to the AvtoVaz and Renault-Nissan Alliance supplier base upgrade the technology and quality of Russian suppliers.

This is the second global example this past week of the Renault Nissan announcing deeper ties with other alliance partners; the carmakers have announced plans for a joint plant in Mexico for Nissan and Mercedes-Benz production.

Further details are included in the full report from Automotive Logistics Russia, which you can read here.