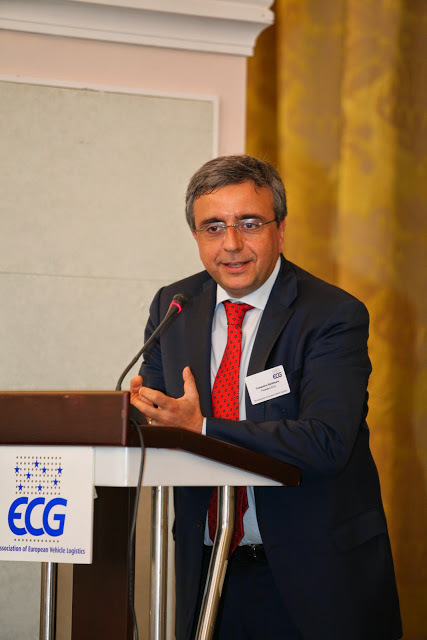 Logistics will play an important role in the recovery of the Greek economy following the recession, said a member of the Greek Ministry of Infrastructure, Transport and Networks at the ECG spring congress and general assembly, held in Athens.

Costantino Baldissara, president of the ECG, spoke of the knock experienced by Greece following the financial crisis, alongside such other European countries as Spain, Ireland and Italy. Dimitris Spyrou, head of TEN-T projects at the Piraeus Port Authority, also spoke of the need for Greek logistics to come to the fore to create a network of integrated services, through the amalgamation of major trade gateways and regional hubs.

As an example, the port of Piraeus presents many opportunities, considering Greece’s geographically and economically well-located position. Piraeus Container Terminal is the deepest seaport on the Mediterranean with a throughput of 685,000 20-foot equivalent units (TEUs) in 2010. In 2011, this increased by 73.3%, and in 2013 reached 2.5m TEUs. It is expected that, this year, the throughput will rise further to 3.2m. There are clearly huge opportunities for investment and logistics collaboration at this port alone.

Baldissara also spoke of the “booming” BRIC countries, which were opportunities for investors in the European Union. “In about 20 years EU car freight volumes will experience a double in growth. The average age of cars at a European level is eight years, and in 2010 more than 85m cars were older than 10 years and were suitable for scrap. The European Union is a unique state without borders.”

“It is important to remain confident in the sector, especially during the last few years,” said Baldissara. “There has been steady growth, and the smaller SUV segment will grow the most over the coming years.”

In terms of the effect on the Greek economy, logistics was cited as playing a key role in reducing the cost of importing and exporting by Miltiadis Provatas, head of the railways and combined transport department for Greece. He said it would also contribute to GDP growth as a service sector, and could reduce the fragmentation of the domestic economy.